A minute is all you need to solve a mystery, at least it is if you are as smart as Ellery Queen! The character had novels and a popular weekly radio show, but Ellery Queen's Minute Mysteries were a great way for local stations to fill some airtime and pull people in for the big show.

During a very prestigious 1920's writing contest, the cousins, Fred Dannay and Manfred B. Lee, created the character. The cousins were looking for a Sherlock Holmes and Watson all rolled into one character; Ellery Queen was their answer. Ellery Queen was an author who solved mysteries in his spare time and then wrote about his harrowing adventures; his sidekick was his own father, Richard Queen. 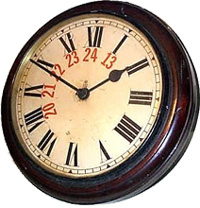 After the cousins won the contest, they proceeded to write novels about Ellery Queen. It was during this time when the media wanted a glimpse of Ellery Queen. Usually, Dannay would disguise himself, shroud his face, and assume the identity of Ellery Queen. The media bought the whole get-up. The novels were then turned into a weekly old time radio show that followed the mystery-solving duo around on their escapades. It was in 1932 when the cousins came up with a series of novels with a character that was mentioned in the past Ellery Queen books, Barnaby Ross. After the publishing of the four novels, Lee and Dannay announced that Barnaby Ross was actually Ellery Queen. The publishers then went back and changed all the Barnaby Ross novels into Ellery Queen novels. The publicity stunt was, in turn, very effective.