If there was ever an actor who should have been taken more seriously than he was, it was Basil Rathbone. 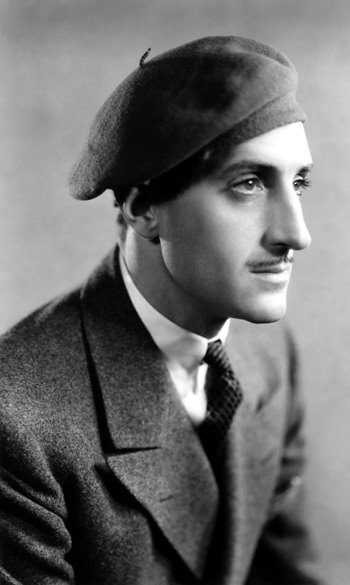 During the early years of Rathbone's movie career, he seemed doomed to remain in supporting roles, never quite getting the headline roles. Rathbone was an athlete, and listed fencing as one of his favorite pass times. However, because of the way he was cast, he only won one sword fight on the screen. His most common foe was none other than Errol Flynn, the king of the Swashbucklers. Unfortunately, in real life Flynn could barely tell the difference between a sword and a butter knife. Rathbone found filming the sword fights frightening, fearing that he would do serious damage to Flynn.

When Rathbone did get a starring role, he played it so well that he became stuck with it nearly to the point of type casting. To this day, when people think of Sherlock Holmes, the image in their minds is likely to be based on Rathbone's portrayal in fourteen feature films. As if that were not enough, Rathbone also played the Victorian detective for many years on the radio. Indeed, Rathbone was associated with the Holmes role for the rest of his career but took it with generally good humor.

A great example of that humor is educational program Word Detective. Word Detective is not so much a radio program as it is an extended commercial for Underwood Typewriters. In each of the three minute snippets, Mr. Rathbone relates the story of a familiar word or expression, explaining how the figure of speech is part of everyday conversation, where the word came from, and finally typing the word on his Underwood typewriter before revealing the word to the radio audience.