Little people were common character in radio especially after the popular The Wizard of Oz and Snow White and the Seven Dwarfs.

Choose your CD format
or order disks individually: Add to Cart Add to wishlist
Play a sample episode from April 26, 1946:

There is a surprising amount of magic in the story of Snow White and the Seven Dwarfs. There is the magic mirror, the enchanted apple, a shape-shifting evil queen, the spell which gives the appearance of death, the glass coffin, and, of course, "love's first kiss" which eventually breaks the spell. The real magic of the fairy tale, however, is seen in the kindness shown by the seven "little people" toward the intruding princess who has come into their home. 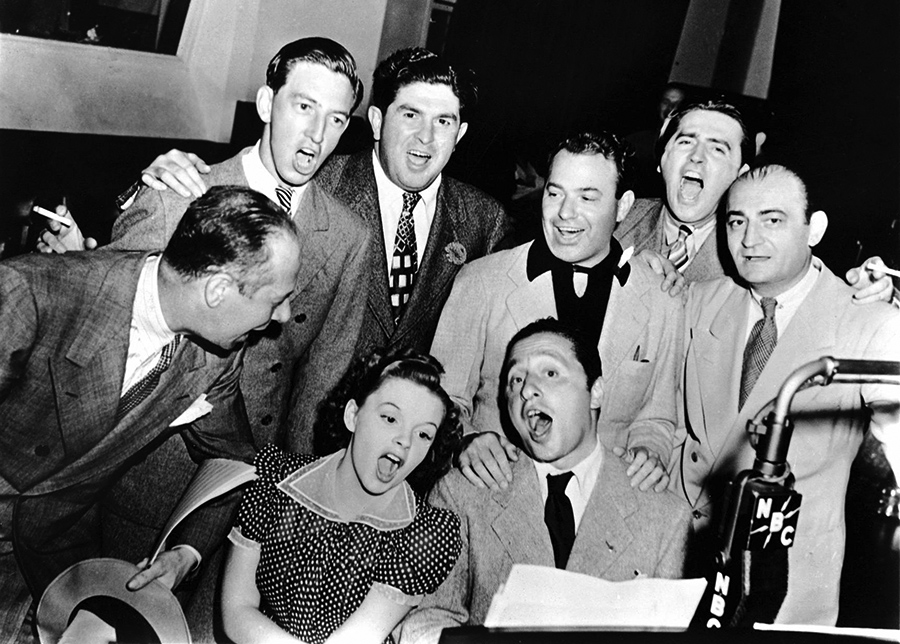 In Northern European mythology, dwarfs were often associated with smithing, mining, and crafting, however, the "evil dwarf" is common in many tales. To be fair, these evil tendencies are usually manifested in reaction to the way dwarfs are treated by average sized people rather than their condition itself. It was also a common practice for a king or lord to hire a little person as a "fool" to entertain himself and his guests, and according to some legends, the fool was the only person who could get away with stating an unpleasant truth to the sovereign since his diminutive stature prevented anyone from taking what he said truly seriously.

Dwarfism is a medical term which describes a condition that prevents a person from reaching normal size at maturity. In general, an adult of either sex who stands less than 4'10" is considered to have dwarfism. Many sources define a midget as someone who is of abnormally small stature but whose proportionality appears normal as opposed to disproportionate dwarfism which is characterized by short or misshapen limbs or torso. Another definition of midget is a person who is put on public display because of their diminutive size. Midgets were popular features in circus sideshows. 124 midgets were hired to act in MGM's The Wizard of Oz (1939). However, mostly because they were seen as freaks, "midget" is considered a derogatory term and is sometimes replaced by the more politically sensitive title "little people". 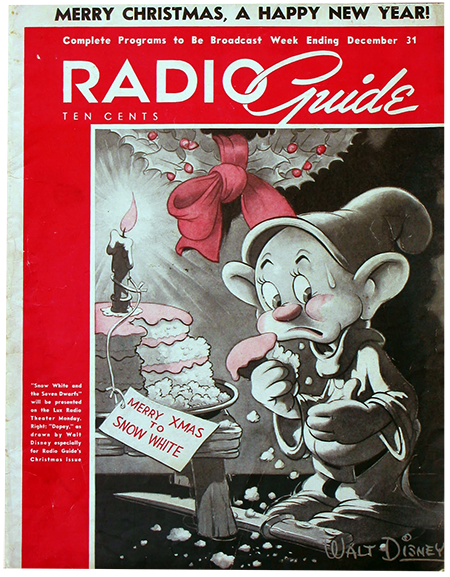 Walt Disney's release of Snow White and the Seven Dwarfs in December 1937 brought little people into mainstream entertainment, albeit in cartoon form. The story was based on a story from Grimm's Fairy Tales, first published in 1812 as " Sneewittchen". The dwarfs were not given individual names until a Broadway adaption of the story in 1912, and the names (Blick, Flick, Glick, Snick, Pick, Whick, and Quee) were very different from those used by Disney. In fact, the animation genius began making notes for his feature in 1934 and admitted that his biggest attraction to the story was the potential for gags involving the dwarfs.

The first radio appearance of Disney's dwarfs was on the December 19, 1937, episode of The Chase and Sanborn Hour. The fourth episode of the next year's Christmas serial Jonathon Thomas and His Christmas on the Moon, "The Valley of the Three Dwarfs" featuring elements of Snow White and Disney's 1933 animated short The Three Little Pigs. Snow White and the Seven Dwarfs was adapted for, The Camel Screen Guild Theatre, Academy Award Theatre Lux Radio Theatre, and This is My Best.

WSM Nashville's children's show, Wormwood Forest, was hosted by "Dippy the Dwarf", manager of the "Dwarf Waldorf" Hotel whose guests included several talking animals. In the Let's Pretend episode "Yellow Dwarf" the little person proves to be evil when he kills the lovers who are then saved by the good fairy who turns them into trees. A malignant Egyptian dwarf named "Arigne the Spider" causes trouble over several episodes of Chandu the Magician. An evil dwarf and his brother with a knack for ventriloquism run a séance racket on Quiet Please.

There are plenty of examples where a little person turns out to be surprisingly helpful. James Thurber's 1941 baseball story "You Could Look It Up" is dramatized by Hallmark Hall of Fame and CBS Radio Workshop, and tells how the St. Louis manager sent a midget to the plate, knowing that the opposing pitcher would not be able to deal with the tiny strike zone (in 1951, 3'7" Eddie Gaedel pulled the same stunt in the real-life second game of a doubleheader between the St. Louis Browns and the St. Louis Cardinals).  Hop Harrigan has a feature that describes a pair of midgets hired by the Air Force and trained to do maintenance in tiny aircraft spaces that normal sized men cannot reach. Behind the Scenes in Hollywood tells how 30-year-old Billy Barty stood in for a 7-year-old child actor. A dwarf lends a big hand to the investigation on The Adventures of the Saint in "The Carnival Murder".