From Peavey's Pharmacy on The Great Gildersleeve to the mysterious ingredients used by The Green Hornet, the local drug store was a place to meet, greet, grab a chocolate malt, and maybe solve a mystery or two.

Choose your CD format
or order disks individually: Add to Cart Add to wishlist
Play a sample episode from November 05, 1952:

The American drug store as we know it came into being around the time of the Civil War. This was when the scientific method became popular and many new drugs were discovered. The drug store, however, is much older than Civil War times. Roman physician, Galen, worked to classify drugs and their effects. His work had such a wide influence that several of Galen's drug compounds were still in use until the beginning of the 19th century. He had the first apothecary, keeping his drugs in wooden boxes in a storeroom (the Greek word for storeroom is apotheca). The first actual drug store, however, opened in Baghdad in A.D. 775. Not only were they first to open a drug store, Arabs were also the first to license their pharmacists. Times, however, were quite different. Pharmacists barely made a living at that time, and did undertaking to supplement their measly income. 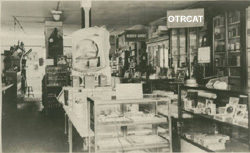 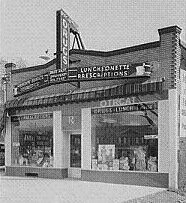 In the 1920s, drug stores began to incorporate lunch counters and soda fountains into their store plans. Hamburgers sizzled, and neon mortar and pestles flashed in the window. The drug store chain was invented, and had its big boom after WWII. The 1950s were known as the golden age of the drug store, with Rexall Drugs ("Rx to all") taking the lead and setting up shop in what seemed like every town.

This brings us up to date for many of the the radio shows in this collection. Crack yourself up with Archie Andrews, Jack Benny and others as they try to run the drug store with hilarious results. So, slip up on a stool, order yourself and chocolate malt, and shoot the shoot with Kremer (Fibber McGee and Molly's pharmacist) and Richard Q. Peavey of Peavey's Pharmacy (the Gildersleeve's druggist). Also included are some drug store mysteries with Green Hornet, Nick Carter , Perry Mason and Johnny Dollar. There is also a recently added Inner Sanctum episode included in the collection.