This horizon-busting collection contains great shows about when Columbus sailed the ocean blue with old time radios shows from genres such as comedy, historical, and suspense.

Choose your CD format
or order disks individually: Add to Cart Add to wishlist
Play a sample episode from October 10, 1948:

"You Are There: Columbus Discovers America" 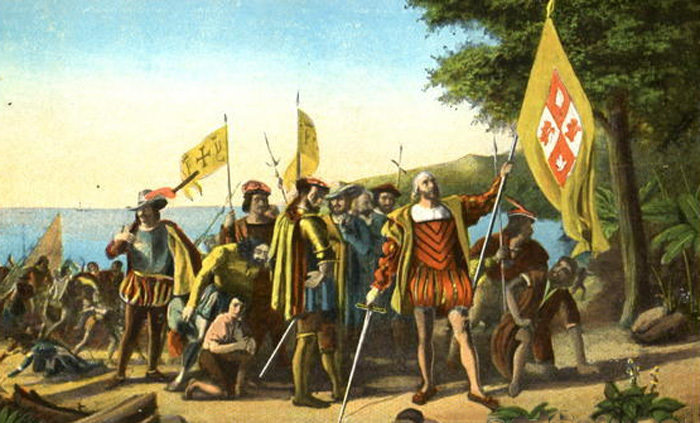 Did you know that: in Spain, the day Columbus arrived in the Americas is called "Fiesta Nacional (National Day)?"  On the day that the rest of the U.S. celebrates Columbus Day as a national holiday, Hawaii instead commemorates Discoverers Day, observing the day on which Polynesian discoverers made it to that island? 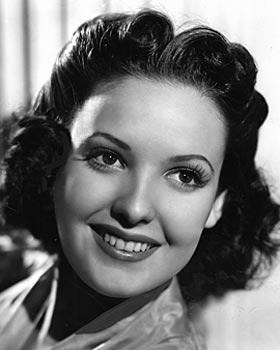 There are a lot of interesting facts about Columbus Day, Autumn's first national holiday, celebrated the second Monday in October, to commemorate Columbus's arrival in the Americas on Oct 12, 1492.  Yet another is that it was first celebrated in Colorado in 1906 and made a federal holiday in 1937.

Columbus was, of course, trying to reach the East Indies when he sailed his ships, the Nina, the Pinta, and the Santa Maria across the Atlantic.  His first landing in the Americas was in one of the Bahaman Islands, possibly San Salvador.

The land of old-time radio is home to quite a few programs themed around Columbus Day.  This horizon-busting collection contains great shows.

On Oct. 12, 1940, Edgar Bergen and Charlie McCarthy, the cantankerous and funny ventriloquist and dummy team, brought in Linda Darnell and yucked it up exploration style.  Ms. Darnell's song stylings may not relate to Columbus or his day, but they are elegant nonetheless.  The Columbus tie-in is a long comical story with the cast members playing Columbus and Ferdinand and Isabella. 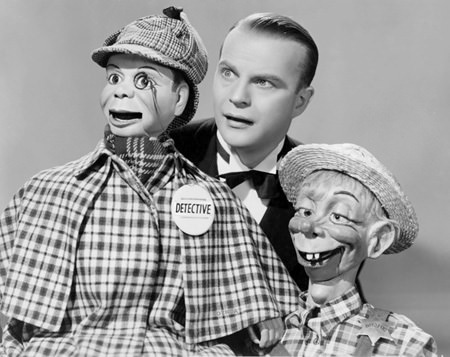 Better living through better chemistry--in the form of the DuPont Corporation--brings us Cavalcade of America, with Orson Welles starring on the Oct 12, 1942 adaptation of Admiral of the Ocean Sea, a short play that probably would've been dramatic even without Welles' intense style.

What's to say about Bob and Ray?  While there are some controversies about Columbus Day and imperialism, etc., Bob Elliott and Ray Goulding took the starch out of the occasion and the holiday with their usual drollery and bone-dry wit.  Eventually they get the year of Columbus's original discovery right.

You Are There had a memorable Columbus Day old time radio show. You remember this show, on which they broadcast as though doing so from the day of a particular historical event, CBS putting you right there.  Their 1948 Columbus Day broadcast aimed at suspense, focusing on the voyage itself.

Other shows rounding out the collection include Hallmark Playhouse, Mr. and Mrs. North, and The Judy Canova Show.