Best known for his creative vocalizations or scatting and his catchphrase "hi-de-hi-de-ho."

Choose your CD format
or order disks individually: Add to Cart Add to wishlist
Play a sample episode from July 10, 1945: 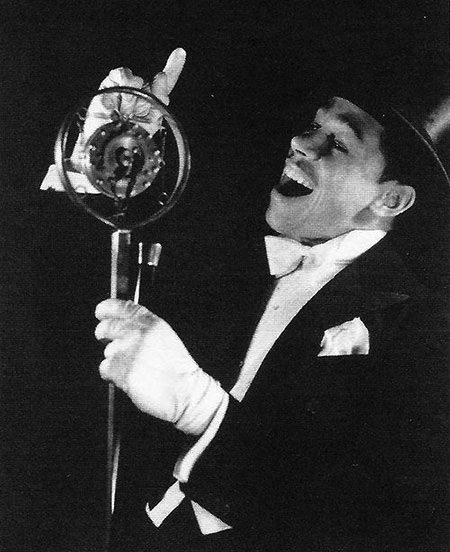 Great Jazz can be a collection of paradoxes. It was developed by rural black musicians in the South, but it was commercialized and became an art form when it was adopted by urban white bands and audiences. Jazz is usually played by a large or small ensemble, but the compositions celebrate the individual voices of the instruments in the ensemble. The most popular and best remembered Jazzmen are the bandleaders who put together and led the great orchestras, but most of them would prefer to be remembered as masters of their own instrument.

Louis Armstrong and Harry James had their trumpets, Scott Joplin and Duke Ellington had the piano, Jimmy Dorsey, Artie Shaw and Benny Goodman had the clarinet, Tommy Dorsey and Glenn Miller the trombone. Most of them could play more than one instrument, but specialized in the one they considered their own. Perhaps the greatest showman of the great Jazzmen had just his voice and a sense of "scat", the great Cab Calloway.

Cabell Calloway III was born on Christmas Day, 1907, in Rochester, New York, and grew up in the semi-affluent Sugar Hill neighborhood of Baltimore. Sugar Hill was the center of black business, cultural, and political society, not just for Baltimore but for the entire Eastern seaboard in the early years of the twentieth century. His father, Cabell Calloway, Jr., had graduated from Pennsylvania's Lincoln University and built his fortune as a lawyer and real estate investor. The younger Calloway's parents discovered he had a talent for music. They encouraged him early on by providing voice and music lessons as part of his education but expected that he would follow in Cabell Jr.'s footsteps into law and business. 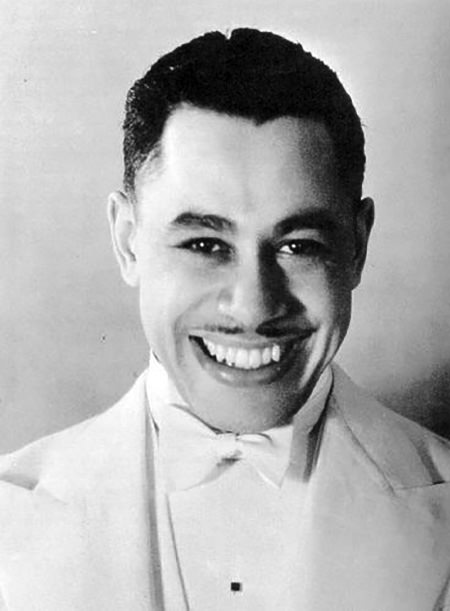 Not surprisingly, Cab's parents and music teachers disapproved of Jazz. It is even less surprising that the young man began frequenting the many Baltimore nightclubs that featured the hot style of music. Cab met many Baltimore area Jazz luminaries and was informally tutored by drummer Chick Webb and pianist Johnny Jones. After graduating from high school, Cab joined his older sister, Blanche, in a touring production of Plantation Days. Still hoping to salvage a legal career for their son, Cab's parents sent him to Crane College (now Malcolm X College) in Chicago. However, Chicago had an even hotter Jazz scene than Baltimore (as well as an active horse racing community, the tracks being Cab's other lifetime interest). Cab spent most of his evenings at the Dreamland Ballroom, the Sunset Café, and Club Berlin, singing, playing drums, or acting as MC. For a time, he was an understudy for Adelaide Hall at the Sunset Café, and here he met Louis Armstrong who introduced him to scat singing. Soon, Cab gave up even pretending to go to school and joined a band called The Alabamians.

While on the road, The Alabamians entered a band vs band rivalry with a group calling themselves The Missourians. The Missourians eventually came out on top, but not until Cab jumped the fence and became their leader. In 1930, the band changed their name to Cab Calloway and his Orchestra and went to try their luck in Harlem, New York City. Harlem was the Jazz capital of the world, and the hottest spot in Harlem was the Cotton club where Duke Ellington led the house band. Cab Calloway and his Orchestra were so exciting and popular that the Duke asked them to substitute for his outfit when they went on tour. Duke returned to the Cotton Club to discover that the Duke Ellington Orchestra was now the co-house band with Cab Calloway and his Orchestra. NBC broadcast a remote twice weekly from the Cotton Club, and Cab and his Orchestra were also featured on Walter Winchell's program and played on Bing Crosby's show from the Paramount. These broadcasts helped Cab and the Duke to shatter the network's color barrier. 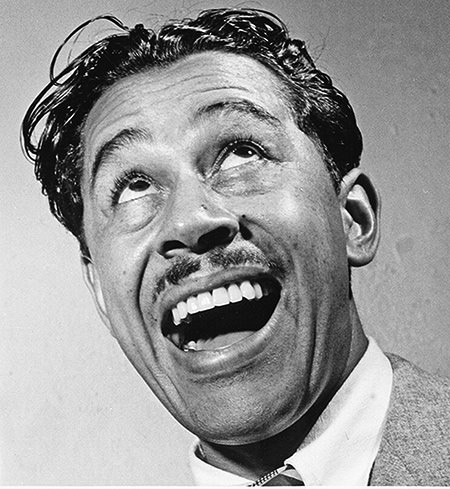 Cab recorded "Minnie the Moocher" in 1931. The "call-and-response" chorus of "hi-de-hi-de-ho" happened when Cab improvised after forgetting a lyric, and it became his signature number. The song, along with several other Cab Calloway numbers, became the soundtrack to a series of Betty Boop cartoons in 1932. The short films even featured Cab's dancing using an animation technique called rotoscoping. Ellington and Calloway made more film appearances than any other Jazz musicians of the era. Cab's first "proper" film role was opposite Al Jolson in The Singing Kid (1936), which also featured Cab's orchestra and 22 Cotton Club Dancers.

Between The Cotton Club gig, Hollywood, and touring, Cab Calloway and his Orchestra became one of the busiest acts in the country. Rather than deal with Jim Crow attitudes when traveling through the South, Calloway was successful enough that he could afford to hire a private railway car for the band. His scat improvisations, vaudeville sense of showmanship, and white tuxedo stylings made him incredibly popular with audiences. In 1944, he published The New Cab Calloway Hepster's Dictionary: The Language of Jive, which attempted to capture the patois of Harlem for curious outsiders. He even developed a precursor to Michael Jackson's "Moonwalk" dance move called "the Buzz" decades before the King of Pop was born.

Cab appeared in the 1952 European touring production of Porgy and Bess. He was featured in the Blues Brothers (1980) and performed a white tuxedo rendition of Minnie the Moocher. He suffered a stroke in June 1994 and died five months later on November 18, 1994. He was 86.