The sounds of Bobby Hammack were an important part of the Space Age Pop/Lounge Music/Bachelor Pad Sound.

Space Age Pop or Lounge Music actually had very little to do with getting us into outer space, let alone getting ahead of "those godless commies" in the Space Race. However, it did celebrate the technological innovations which helped get us there, specifically the stuff that made a bachelor pad such a great place to live and especially the HiFi sound system at its heart. 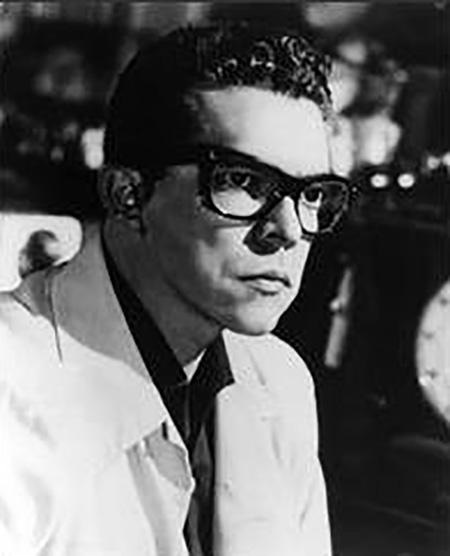 The prosperity which made the bachelor pad possible was a result of the post-War economic boom, but the guy who made the most out of a bachelor pad probably was not a member of "the Greatest Generation". Instead, he was a WWII and Korean War veterans' kid brother. He was too young to serve before, but now his folks could afford to send him to college, so he qualified for a high paying job that allowed him to enjoy some material comforts. While his big brother's experience in the War led the Greatest Generation to aspire towards getting married and starting a family, the bachelor pad resident was in less of a hurry to be tied down. There were too many groovy chicks to get to know, and those groovy chicks were bound to admire his HiFi set up.

The music known as Space Age Pop did not take itself very seriously. It did not have the discipline of Jazz, although it could be very technical. It was more playful than Rock and Roll because it was not trying to rebel against anything, as long as the Commies were held at bay and there was enough ice for the home bar, what would a Space Age Pop listener have to rebel against? Although it may not have seemed serious, Space Age Pop did require a good deal of talent. Mistakes could not be forgiven because of a live performance, it was coming over the speakers in the latest quadraphonic High Fidelity.

One of the biggest names in Space Age Pop was Bobby Hammack. Born in Brookston, Texas, 1922. Hammock learned piano and trombone as a child and led dance bands while in high school and college. He entered the University of Texas at Austin in 1938 to study music and joined the Army Air Force in the summer of 1942. After the War, Hammack moved to Los Angeles and played with Red Nichols' Five Pennies band. As part of Nichols' outfit, he appeared in a few films and began to work as a studio session keyboardist. He arranged several pieces for Bob Crosby, Tony Osborne, and Lawrence Welk.