Choose your CD format
or order disks individually: Add to Cart Add to wishlist
Play a sample episode from December 04, 1947: 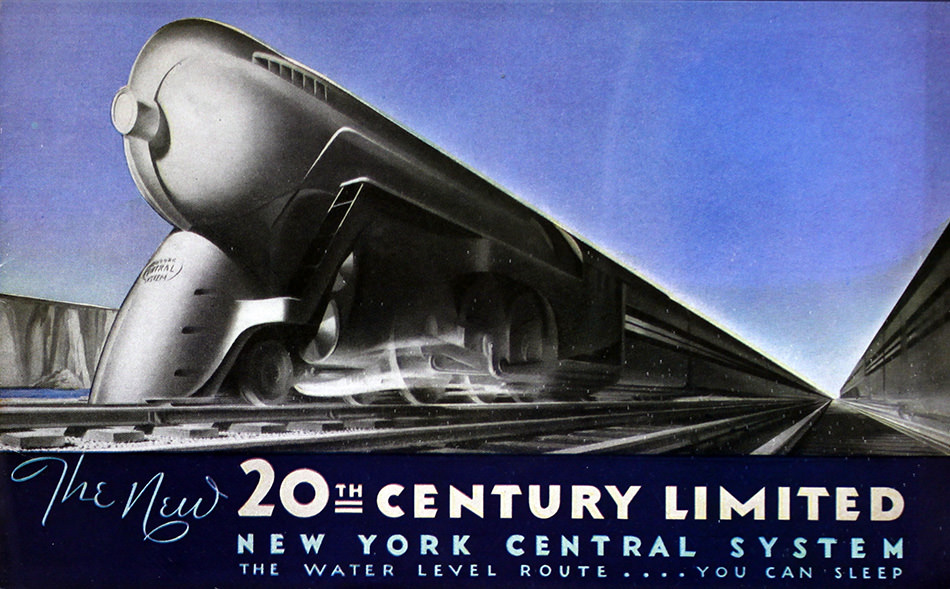 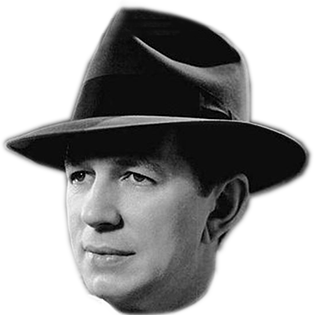 With apologies to the great cities on the West Coast, for decades the two hubs of American business were New York and Chicago. New York rose to prominence because of its location on one of the largest natural harbors in the world, a vital connection between the New World and the Old. At the same time, New York was connected to the North American Interior via a series of waterways, beginning with the Hudson River. With the completion of the Erie Canal in 1825, there was water access from New York all the way into the Great Lakes.

Chicago, on the shores of Lake Michigan, is on a relatively short portage between the Lake and the head of navigation of the Mississippi watershed. Thus, it connected the entire Midwest to New York. Obviously, anyone who was anybody would have been enthused about rapid travel between New York and Chicago. Water transport is cheap in terms of tons per mile, but it is tortuously slow. Railway service was the answer. 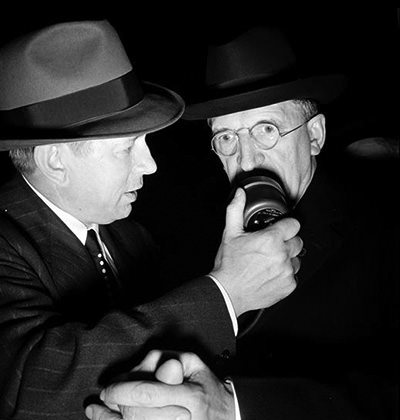 Of course, there were plenty of freight lines to the interior, as well as passenger trains, but they didn’t quite meet the needs of the emerging class of celebrities, merchant princes and generally rich folk who needed to get between the two great cities. Before the advent of cheap aircraft travel, the best solution was the 20th Century Limited, an express line between New York’s Grand Central Terminal and LaSalle Street Station in Chicago.

From the very beginning, the 20th Century Limited targeted upper class and business travelers with fast, reliable service and an understated elegance. It was only a 16 hour journey between the two important cities on the Limited, making it the favored option for many celebrities.

Having so many famous people funneling through a single location like LaSalle Station was bound to attract attention, and Chicago broadcaster Bob Elson was there to capitalize on the situation. Elson got his start in radio almost by accident. On a vacation trip to St Louis, he took a tour of a radio station KWK. One of the station receptionists thought he was in line for an open audition, and herded him in front of a microphone. Even though he was just there for a tour, 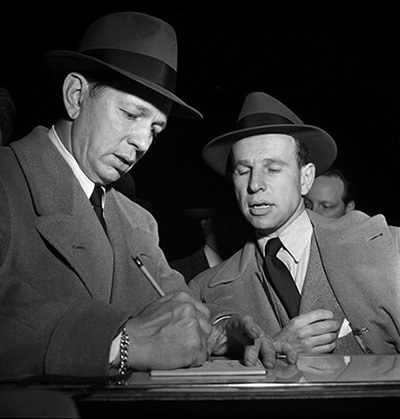 Elson won the on air job. He did so well that WGN executives began wondering why a Chicago native was toiling away over the St Louis airwaves, and hired him away.

Elson began calling home games for the Chicago Cubs and the White Sox in 1929. The Cubs and the Sox at the time rarely had home games on the same days, and away games were "recreated" on the air using telegraphed messages from the ballpark. In 1942, Elson joined the US Navy, earning the nickname "The Ol’ Commander". As vital as his Naval service may have been, he was under orders from the Commander in Chief, Franklin Roosevelt, to take time out to broadcast the 1943 World Series.

Having already garnered a reputation for celebrity spotting and interviews from Chicago’s Pump Room, chatting with celebrities riding the 20th Century Limited was a natural progression. Although the program was titled Bob Elson on the 20th Century Limited, the interviews were conducted from LaSalle Street Station. They are usually very extemporaneous, and Bob’s easy going style garnered open responses from actors, politicians, sports figures and Royalty.

Bob Elson was inducted into the Baseball Hall of Fame in 1979.