Birdbrains Behind the Wheel

Choose your CD format
or order disks individually: Add to Cart Add to wishlist
Play a sample episode from March 03, 1949:

"Gracie Smashes Into a Parked Car"

Henry Ford invented the car and changed the world. He gave people a quick and easy way to span great distances. What he wasn't able to do, however, was to check the impulse in many of us to do some goofy things behind the wheel. Whether it's parking in the red zone, driving with one hand on a sandwich, or trying to fix the car with used lawn mower parts, all of us can relate to the characters on these old-time radio shows who get into trouble of the comically vehicular kind. This compilation has episodes about Birdbrains Behind the Wheel from a variety of shows. 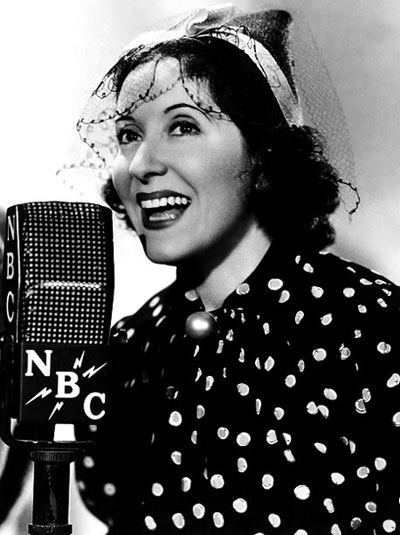 George Burns and Gracie Allen, the quintessential couple of radio comedy, star in several car-themed episodes. Gracie the ultimate birdbrain, parked George's car in front of a hydrant and landed him a date in traffic court. The episode included an embedded ad for Swann's soap and references to the wartime effort, including an admonition to eat a large breakfast to fuel wartime production. In another Burns and Allen episode, Gracie sideswipes a parked car.

In Our Miss Brooks, Mr. Conklin at Madison High institutes a safe driving initiative right after Miss Brooks receives a ticket for "speeding, going through a red light, reckless driving, driving on the sidewalk, and hitting a fruit stand."

In My Favorite Husband with Lucille Ball and Richard Denning, Liz gets her driving license and, she gets into an accident; George thinks she's intentionally run over his old high school sweetheart. In the episode "Teaching Iris To Drive"...do you think it's a good idea for Liz to try to teach Iris Atterbury (Bea Benaderet) how to drive?

In the Milton Berle Show, "Salute To Motoring Season" Berle picks up a lemon at the local dealership, negotiating with a ruthless salesman whose catchphrase is "shaddap!"

The Great Gildersleeve, after a sales pitch for defense bonds, we listen as Gildy drives his nephew LeRoy to his rabbit breeding competition. After stopping for sandwiches, Gildy blunders his way into accidentally driving off with a state commissioner's car, and what happens next is explosive. Be sure to slow up before you blow up! In "Auto Accident with Judge Hooker", backing out of his driveway, Gildy bangs into Judge Hooker and the two men try to solicit Bertie to witness for their side of the story. Fibber McGee and Molly, in "Motorcycle Cop," Fibber is ticketed for running a red light. In front of the judge, he becomes The Irish Poet Fibber McGee by uncorking this breathless stream:

In "Traffic Conditions--Safe-Driving Campaign," the fictional home of the McGees, Wistful Vista, is waging a campaign to reward safe drivers and to punish unsafe ones. The police commissioner tries to talk Fibber into staying housebound during this campaign to avoid a flurry of citations. So strict were the officers that they "arrested a man for driving under the influence of his wife." Confusion ensues and you'll just have to listen to find out what kind of award Fibber ends up winning.

This collection of Birdbrains Behind the Wheel will have you rolling with laughter. See also: Highway of Horrors and Tales of the Brain in Old Time Radio.