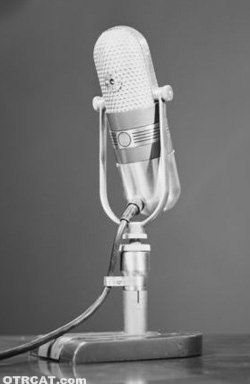 Bill Kemp was an up and coming comic performer in the 1950s. His daily radio show was expected to be his launch into television, following a similar path to that of Merv Griffin. The Bill Kemp Show was the final show of a 12 hour daily live broadcast. The project, "ABC, the Live and Lively Radio Network," was intended to raise the ratings and the reputation of the ABC Radio. There were several shows, all done live with no taping, Monday through Friday, 9am to 9pm, all featuring their own star, announcer, vocalist, and large orchestra. High powered guests on the Bill Kemp Show included Jonathon Winters, Ava Gardner, Will Jordan, and Robert Mitchum.

Kemp is remembered both fondly and tragically by his announcer, George Ansbro, in Ansbro's autobiography, "I Have a Lady in the Balcony." He remembers Kemp going laugh for laugh with Jonathon Winters after one particularly successful broadcast, and continuing the antics at a nearby steakhouse to the point of both Winters and Ansbro being unable to continue their meal for laughter. Sadly, Kemp also had a debilitating drinking problem. Ansbro relates that Merv Griffin and Jim Backus, (both of whom had shows in the Live and Lively lineup,) were called on several occasions to cover for Kemp during absences for "personal reasons."  Eventually the Bill Kemp Show left the airwaves, and Kemp returned to his hometown of Toronto, and was never heard from professionally again. "How tragic- Bill Kemp- another alcoholic statistic" writes Ansbro.