A largely self-taught singer, little Beatrice made her radio debut as a "featured performer" on the NBC Children's Hour she was later the featured singer on Your Hit Parade.

Choose your CD format
or order disks individually: Add to Cart Add to wishlist
Play a sample episode from July 25, 1946:

"Leave it To the Girls: Answer Questions Sent By Listeners" 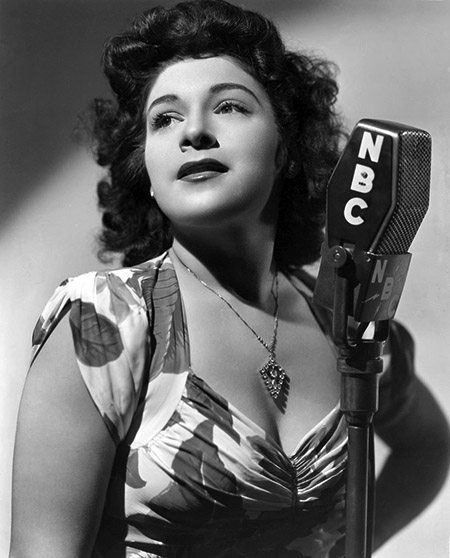 Bea Wain was one of the last well-known singers from the Big Band Era. She was born Beatrice Ruth Wain on April 30, 1917. A largely self-taught singer, little Beatrice made her radio debut as a "featured performer" on the NBC Children's Hour. She developed a smooth, understated swing style and eventually began performing with various dance bands around the city. In 1937, she recorded some songs with Artie Shaw and was credited as "Beatrice Wayne", which many people assumed to be her real name. Later record producers shortened her name (without consulting her) to better fit on disc labels, "They cut it to 'Bea' Wain. They cut the 'Beatrice' out to 'Bea.' I was just a little old girl singer, but that's the truth. So that's how my name became 'Bea Wain'".

Bea worked with a couple vocal groups, including "Bea and the Bachelors" and "V8" (seven men and a girl) on The Fred Waring Show. Successful arranger Larry Clinton (Tommy Dorsey, his brother Jimmy, Glen Gray, Bunny Berigan, and Louis Armstrong all used Clinton charts) decided to form his own band and signed with Victor Records and brought Bea on board to be his singer. Along with pop tunes, Clinton specialized in Swing up dates of classical melodies, sometimes adding lyrics. He added lyrics to Debussy's "Reverie" and then wrote the composer's estate to ask permission to record the song, which was vehemently denied. Clinton's outfit recorded it anyway and sent a copy to the Debussy estate. The estate replied that "If this girl sings it, OK." Bea had four number one hits, including "Cry, Baby, Cry", "Deep Purple", "Heart and Soul", and her signature song, "My Reverie".

About the time Bea began considering a solo career, she married NBC announcer Andre' Baruch in 1939. The couple's honeymoon in Bermuda was cut short when Fred Allen called to convince Baruch to return to New York because Allen's announcer, Harry von Zell, had fallen ill. 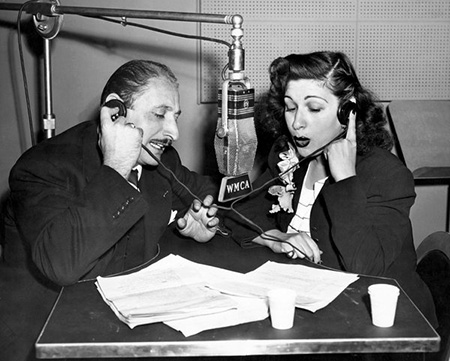 Later when his country called, Baruch joined the Army and participated in the invasion of North Africa by establishing AFRS Broadcasting facilities in Algiers, Casablanca, Oran, Sicily, and Tunis. After mustering out as Major Baruch, Andre' and Bea began a husband-and-wife disc jockey program on WMCA as "Mr. and Mrs. Music", the show was later carried by the ABC and NBC networks. Bea became a featured singer for Your Hit Parade in 1944, which her husband announced for. They revived the format for local consumption after retiring to Palm Springs, Florida, in 1973, and after relocating to Beverly Hills nine years later hosted a syndicated version of Your Hit Parade spotlighting the hits of certain weeks during the Forties.

Andre' Baruch passed away on September 15, 1991, at the age of 83. He and Bea had been married for 53 of those years. Bea continued to perform into her nineties, and told an interviewer on Seattle's KUOW in 2007 that, "I knew exactly what I wanted to do, which was to be a singer". Bea Wain was 100-years-old when she passed away on August 19, 2017. A life that made her happy also made millions of listeners happy.