Although she specialized in playing a tough-talking dame in MGM noir classics, Audrey Totter was an incredibly nice lady in real life as well as on Radio Row.

Choose your CD format
or order disks individually: Add to Cart Add to wishlist
Play a sample episode from February 08, 1948: 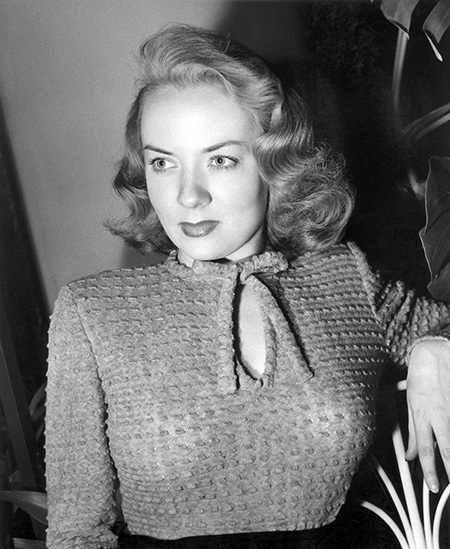 When we look at Hollywood it is natural to focus on the Stars, after all, they are the brightest and easiest to see. Hundreds of actors and actresses move through Movieland and make a comfortable, even happy career without becoming full-fledged Stars.

Early in her stay at MGM, Audrey Totter was taken aside by no less than the great Lionel Barrymore, who gave her this advice: "You're one of the best actresses I've ever seen, but you're never going to be a star. You're too versatile. If you want to be a star, start projecting your own personality". Whether or not Audrey took the advice to heart is debatable, but she did become somewhat of a specialist on film. Audrey was a professional "bad girl".

Born and raised in Joliet, Illinois, 1917, Audrey's father was an Austro-Slovenian immigrant and her mother was Swedish American. Audrey attended Joliet High School where she appeared in many student productions. After graduating she worked with summer stock companies in Wisconsin and Michigan and toured nationally with a Chicago-based troupe in 1940 with a production of My Sister Eileen. After the tour ended in 1940, she found work in a number of radio soap operas and dramas like Painted Dreams, Ma Perkins, Road of Life, and Bright Horizon in Chicago and New York. In 1944, she decided to try her luck in Hollywood and was signed by MGM for $300/week.

The studio was prepared to put the pretty blue-eyed redhead (usually dyed blond) on track to become a leading lady, but it soon became apparent that Audrey was too good at being bad. Her first role was in Main Street After Dark (1945), playing an ex-con's bride who specializes in picking up servicemen in bars and stealing their money. She followed up by playing in noir classics like The Postman Always Rings Twice (1946) and Lady of the Lake (1947). One of her few "pure-heart" movie roles was in The Cockeyed Miracle (1946), but afterwards, she began to establish herself as "a tough-talking dame", mostly in B-grade noir films. 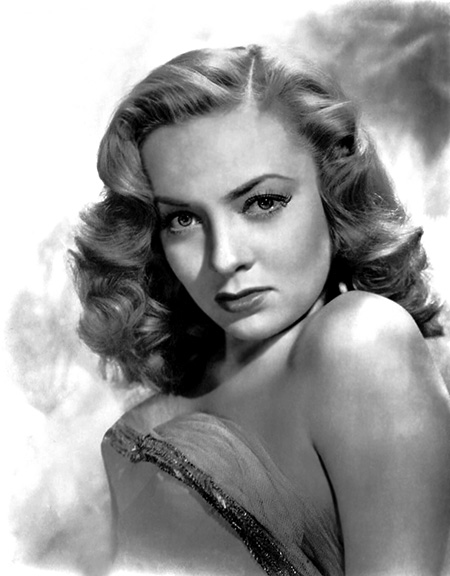 With the dawn of the 1950's, MGM began making an effort to establish itself as a purveyor of family themed pictures, and the tough-talking dames that Audrey enjoyed playing fell out of favor. Audrey was actually quite pure-hearted as a "radio row" player as well as in real life. She starred in Meet Millie with Bea Benaderet on the radio, but MGM would not allow her to take the role to TV. She was also a frequent player and hostess on Family Theatre.

The gossip columnists linked Miss Totter with a number of Hollywood's eligible bachelors (including Clark Gable, John Payne, Ross Hunter, David Niven, and Cary Grant), but she was apparently more of a homebody than a party-girl. Her younger sister lived with her in Hollywood while attending school, and she made a point of returning to Joliet at least once a year to visit her parents and brother. In 1952, she married outside of Hollywood to Dr. Leo Payne, assistant Dean of Medicine at UCLA. They had one daughter and remained together until his death in 1995.

In 1997, director James Cameron offered the role of 100-year old Rose Dawson to Audrey Totter, but she turned it down, preferring to remain in retirement. She passed away on December 12, 2013, in West Hills, California, eight days before her 96th birthday. Her body was donated to the UCLA Medical School.