An important Crossroads in life for Americans comes when they become eligible for Social Security Benefits.

Choose your CD format
or order disks individually: Add to Cart Add to wishlist
Play a sample episode from February 02, 1956: 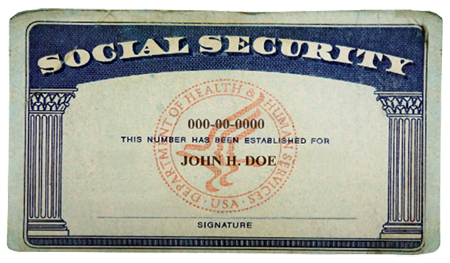 The metaphor of a Crossroads often brings to mind a personal spiritual crisis the likes of which most of us have faced or will face in our lives. As such, the Crossroads metaphor is particularly useful for evangelistic ministries that turn to Radio to spread their message.

In real life, a traveler moving along his course might come across a crossroad and, often, is faced with a series of choices that can have an important effect on his ultimate destination. Should he turn right? Left? Continue in the same direction? Without guidance, there is every possibility that our traveler might go in the wrong direction, opening a chance that he will become lost and never reach his destination. 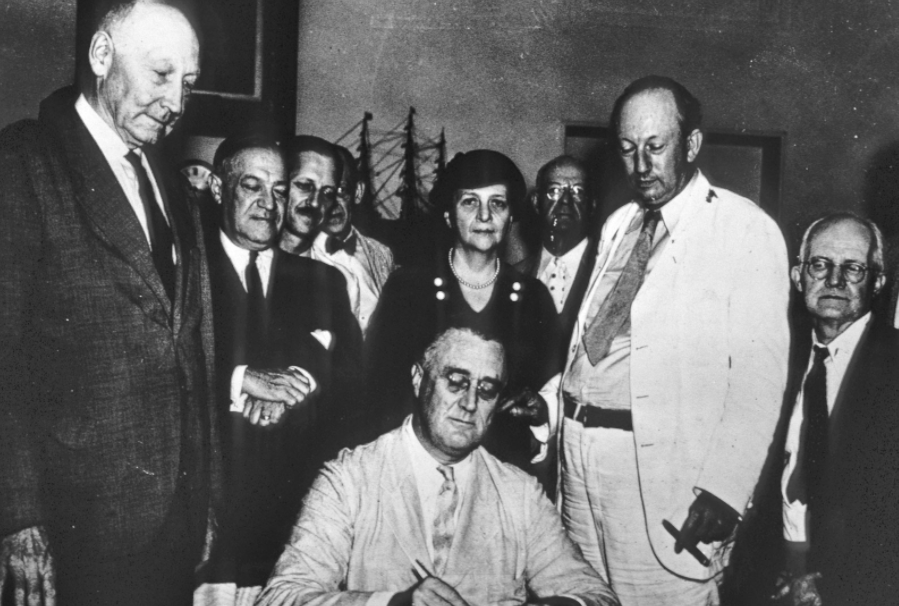 The idea of many evangelical programs is to provide guidance so that when we reach a Spiritual Crossroad we can select the correct path. However, Spiritual Crossroads are not the only decision points in life that we could meet in life without enough information to find the right path.

After the Great War, American life generally moved from rural to urban which caused a greater societal dependence upon cash wages. This new emphasis on cash took a terrible beating with the dawning of the Great Depression. Particularly hard hit was the aged, who had become too old to seek what few jobs were available.

President Roosevelt signed the 37-page Social Security Act into law on August 14, 1935. The original legislation included provisions for Unemployment Insurance, Aid to Dependent Children, Old Age Insurance, and Old Age Assistance. The Program is funded by a payroll tax under the Federal Insurance Contribution Act (FICA). Essentially, those who are currently able to work pay for the benefits of those who need them now and can expect that their benefits will be paid when they need them.

Social Security is one of the longest-lasting and far-ranging of FDR's New Deal Programs. No government program can be that simple, and the original 37-page Act has grown in complexity over the decades. Finding that there is a need for the benefits of Social Security can certainly be seen as coming to a Crossroads in the journey of Life.

To help people understand their options as they approached this Crossroad, the US Department of Health, Education, and Welfare commissioned the syndicated radio program, At the Crossroads in 1956, starring Faye Emerson. A successful film noir Star in the early 1940s, Ms. Emerson married Colonel Elliot Roosevelt (Franklin and Eleanor's son) with the encouragement of Howard Hughes in 1944. Before the couple split in 1950, she established herself as the first lady late-night talk show hostess with The Faye Emerson Show on CBS in 1950. 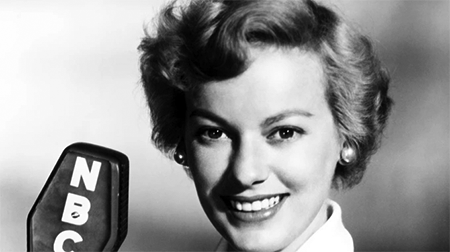 At the Crossroads featured stories "from the files of Social Security". Ms. Emerson narrates the stories of people not only getting by but thriving thanks to their Social Security benefits. The stories include show people, washroom attendants, even a "Rosie the Riveter" War plant worker who is approached by a Nazi spy at a lunch counter. In many cases, the beneficiaries of Social Security are not aware of their qualification for benefits at the beginning of the story. The end of each broadcast features a message from the Commissioner of the Social Security Administration, Charles I. Schottland.

A Chicago native, Schottland was admitted to the California bar in 1933 after studying at the USC Las School. He was eventually appointed as Administrator of the State Relief Administration of California. During the War he served as a LtCol on General Dwight D. Eisenhower's staff, taking charge of a section dealing with displaced persons. In 1954, Ike appointed his Wartime staffer to head the Social Security program. Among Schottland's achievements in the post were amendments to the original Social Security Act, including lowering the age of eligibility to 62 and providing for disability coverage