PSAs from the social security administration with music entertainment from Eddy Arnold.

Choose your CD format
or order disks individually: Add to Cart Add to wishlist
Play a sample episode from July 18, 1965:

"Hello Everybody, this is Eddy Arnold for Social Security..." 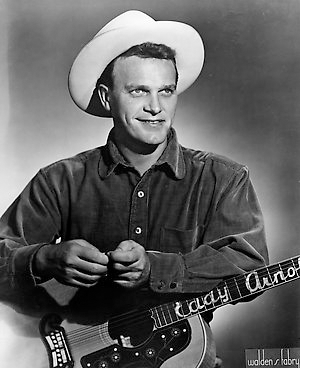 This, followed by a few bars of Arnold's signature tune "The Cattle Call", were the familiar lead-in to a series of popular Public Service Announcements.

Eddy Arnold, "The Tennessee Plowboy", learned music at the feet of his share-cropper parents. As a teenager during the Great Depression he performed on local radio and in night-clubs before finally appearing as a solo act on WSM's Grand Ol' Opry in 1943 and receiving a recording contract with RCA.

In 1945 his "Every Minute Seems a Million Years" hit #5 on the country charts, and was followed by a string of 57 Top Ten hits. He went on to host the Purina sponsored segment of the Opry on Mutual, and the mid-day Checkerboard Jamboree, also on Mutual Broadcasting System. His growing popularity on records and radio took him to TV in the 50's, hosting the Eddy Arnold Show, and as a popular guest and host on several music programs.

In the fifties Arnold's career was temporarily set back by the growing popularity of Rock and Roll, but he found a resurgence with the Nashville Sound, a less honky-tonk and more studio oriented form of country music.

For more social security shows, see also: At the Crossroads.