After growing up as an Army Brat, Ann Harding found the creativity of acting a welcome contrast to life in the military.

Choose your CD format
or order disks individually: Add to Cart Add to wishlist
Play a sample episode from June 13, 1937: 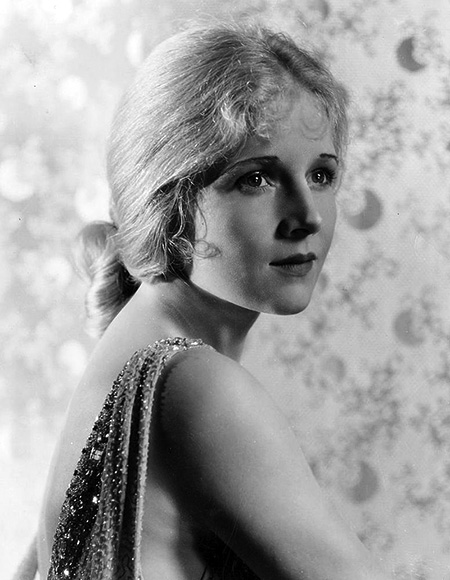 However, Hollywood wasn't looking for great actors, Hollywood was looking for Stars. Actors tell great stories; Stars sell movie tickets. This does not mean that an actor cannot become a Star, or even that a Star can get by without at least some acting talent. It is just a question of priorities.

Ann Harding certainly had what it took to become a great Star, but most people today have never seen an Ann Harding picture even though she was once the biggest thing in Hollywood. This is partly because the Hayes Code brought an end to the "sex drama" that Harding specialized in, and also because she has a relatively small body of work since she was relatively choosy about which parts she would play. Ann Harding films are indeed a lost treasure; Ann's style of acting is more akin to that of modern actors. Before she delivers a line, the audience sees her taking the time to think about what she is saying. In modern parlance, Ann's characters are said to have a "backstory", yet Ann came on the scene more than a generation before Marlon Brando and the Actors Studio gang.

She was born Dorothy Walton Gatley at Ft Sam Houston, Texas, 1901, the daughter of West Point educated George Grant Gatley, who would later be the second in command of the famed Rainbow Division in WWI France. Her father's career took her to Illinois, Kentucky, New Jersey, Cuba, and Pennsylvania by the time she graduated from high school. Financial difficulties forced her to postpone college, and she took a job with Metropolitan Life and later as a script reader for the Famous Players-Lasky Studios. On a lark, she answered the call when she heard an acting company was holding auditions for a small part. To her surprise, she was asked to come back to read for a larger part which she won. She was lauded for her role in "The Inheritors" (1921) and decided to pursue acting, despite the objections of her father. For the next eight years, she became the toast of Broadway before signing with Pathe Studios (which would soon be absorbed by RKO). 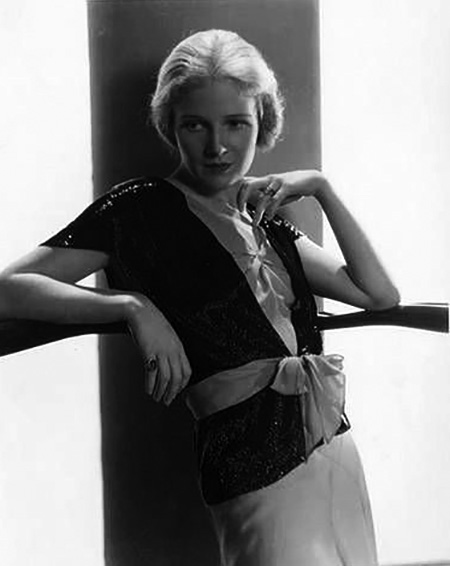 Before moving to Hollywood, Ann married actor Harry Bannister in 1926. With her stage training, crisp diction, and waist-length ash-blonde hair, Harding was a terrific fit for the new talking pictures. Not only was the challenge of working before a camera exciting, her new hilltop home (it was said that the only place with a better view of Hollywood was an airplane) allowed her to set down the roots she missed in her Army-brat childhood, and, at first, she enjoyed the business of being a Star. She starred with her husband in Her Private Affair (1929) and was nominated for Best Actress in Holiday (1930), co-starred with Laurence Olivier in Westward Passage (1932) and Myrna Loy in When Ladies Meet (1933). She was a client of Sylvia of Hollywood, the Swedish massage, exercise and diet guru who helped keep celebrities "camera ready" before publishing the tell-all volume Hollywood Undressed.

Ann's world took a change in 1932 when she divorced Bannister. The couple had a daughter, Jane, in 1928, just before joining Harry for a California vacation at the end of his tour with Strange Interlude. Ann fell in love with sunny California, and a screen test with Pathe sealed the deal. However, Ann's career quickly eclipsed Harry's, leading to their split. While this was far from uncommon with movie couples, the Bannisters were unique in their openness about the situation.

Ann's best work came after leaving Bannister, including The Animal Kingdom (1932), When Ladies Meet (1933), The Gallant Lady (1934), and Peter Ibbetson (1935). She took a break in 1936 after her contract with RKO ended to "escape" to England (ex-husband Bannister had sworn out a warrant for her arrest) and considered marrying Maj. Ben Sawbridge, then stationed in Oahu with her father's old regiment (Gen. Gatley passed away in 1931). Ann found the return to regimental life temporarily refreshing ("I was just General Gatley's daughter – nobody cared a thing for Hollywood, spotlights, or Ann Harding.") but decided to go back to work.

After marrying orchestra conductor Werner Jensen, Ann began doing more stage work and fewer films. In the fifties and sixties, she made a number of guest appearances on television, including Alfred Hitchcock Presents, Burke's Law, Dr. Kildare, and Ben Casey. Ann Harding passed away on September 1, 1981, in Sherman Oaks. She was 79.