One of the most prolific screen composers of the Golden Age of Hollywood, Alfred Newman eventually won 9 Academy Awards.

Choose your CD format
or order disks individually: Add to Cart Add to wishlist
Play a sample episode from August 24, 1942:

We pay close attention to the Stars which causes us to forget that movie making is such a collaborative art form. On the screen we see the acting stars, hear the words of the writer, and enjoy the vision of the director. This only touches the surface when we consider the many people who are involved in bringing a story to the local movie house. Although we are most impressed with what we see, what we hear is just as important to the whole experience. 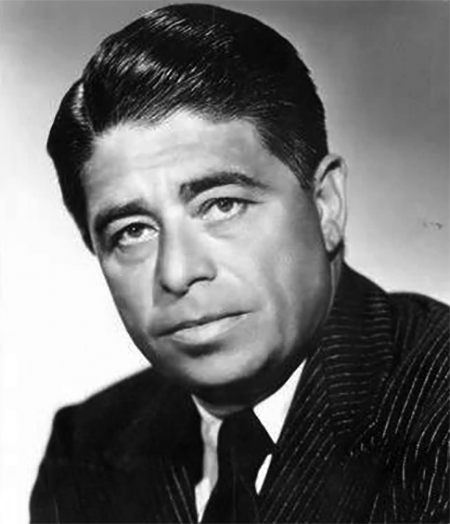 Movie music is an outgrowth of the music played in vaudeville halls. A theater manager would hire an orchestra if he could afford one, or simply a single player to play between the acts to help establish a happy mood for the audience. Vaudeville was a product of the immigrant community, and these were the same people who brought their showbiz traditions and values to Hollywood.

The oldest of ten children born into an achingly poor Jewish family in New Haven, Connecticut, 1901, Alfred Newman was musical from the moment the midwife slapped him on the tuckus moments after his mother delivered him. Despite the poverty that was so present in the Newman household, Alfred's momma found a way to pay for his music lessons, even resorting to hiring a maestro whose primary job was as a house painter. He was barely seven when painting was about all that his first teacher had left to teach him, but after his first recital friends brought him to the attention of the Polish virtuoso Sigismund Stojowski. When Stojowski offered little Alfred a scholarship, a friendly businessman in New Haven convinced the local ticket inspector to look the other way, allowing the lad to travel to Stojowski's New York studio several times using the same ticket.

Despite the boy's musical success, his father was still unable to find work, so it fell to Alfred's talented fingers to bring money into the house. By 1913, the Newman's had moved to New York and Alfred was playing at as many as five gigs per day. He was just 13 when he became the featured soloist at the Strand Theater. He soon drifted into musical theater, which not only paid more but was home to scores of pretty girls who may have distracted an impressionable teenage boy a time or two.

At the age of 17, Alfred was the youngest musical director on Broadway and beginning in 1920 began conducting musicals for George Gershwin, George White's Scandals 1920 and 1921, Jerome Kern, the Greenwich Follies of 1922 and 1923, Irving Berlin, and others. It was Berlin's influence that brought Newman to Hollywood. He had written the movie Reaching for the Stars with Douglas Fairbanks and suggested to United Artists that Newman would be perfect to conduct the score. Once Alfred got to Hollywood, there would be no turning back. 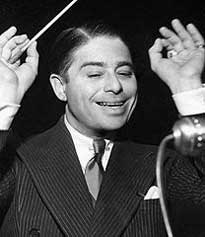 Newman went on to become one of the busiest and most successful Hollywood composers and conductors. He was one of the first to compose original music for each film's score. He was soon courted by Darryl F. Zanuck at the upstart Twentieth Century Fox (Newman's most recognizable composition is one of the shortest, in 1935 he penned the theme which plays with the Twentieth Century Fox logo before all of their movies).

The Oscars have been very good to Newman. With 9 statuettes, he holds the record for the most Academy Awards for a composer, and has the third highest total in Oscar history behind Walt Disney and Cedric Gibbons (the art director who designed the Oscar statuette).Until John Williams was nominated for the 44th and 45th time in 2007, Newman held the highest number of nominations. He was nominated for at least one film each year for twenty years, between 1938 and 1957. He was nominated for four different films in 1940 but lost to The Wizard of Oz. Scores by Newman that were nominated for an Academy Award include Wuthering Heights (1939), The Hunchback of Notre Dame (1939), How Green Was My Valley (1941), The Song of Bernadette (1943), Captain From Castile (1947), All About Eve (1950), The Robe (1953), Love Is a Many-Splendored Thing (1955), The Greatest Story Ever Told (1965), and Airport (1970).

Newman fell ill after completing the recording sessions for the Airport soundtrack. He died at his home in Hollywood on February 17, 1970, just a month before his 70th birthday. A Star on the Hollywood Walk of Fame at 1708 Vine St honors Alfred Newman's contributions to the Recording Industry.