Choose your CD format
or order disks individually: Add to Cart Add to wishlist
Play a sample episode from May 09, 1944: 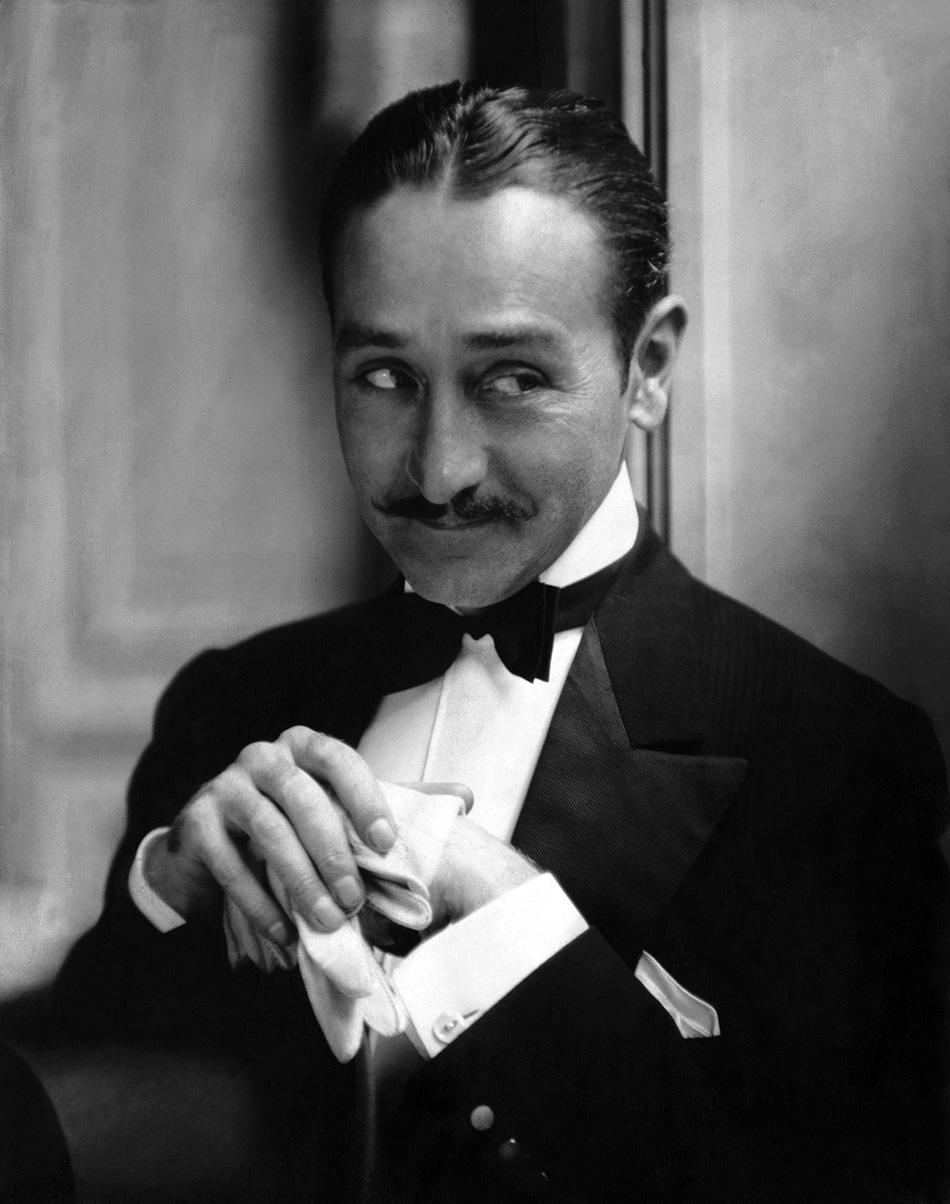 An actor should be bigger than his moustache. In the case of Adolphe Menjou, it was a big order to fill but the sophisticated star whose career spanned silent films and talkies carried it out with aplomb. 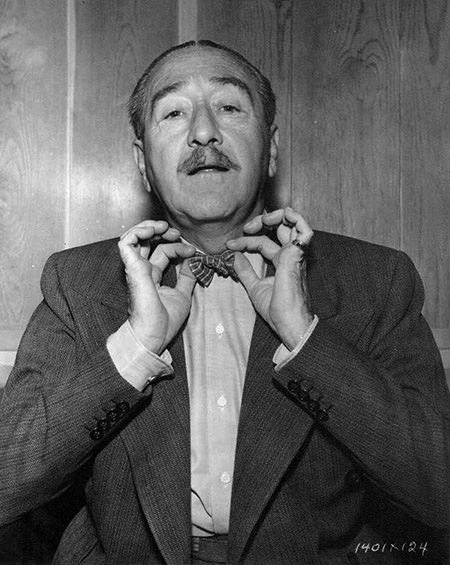 It was, after all, rather a large moustache, not so much in size (although it was glorious) as in meaning. The moustache was the trademark of a Star, and Menjou was above all else a Star.

Menjou's political views were nearly as big as his moustache. He was a staunch Republican and considered the Democratic Party to be a haven for Communists. As for Communists, he not only cooperated with the House UnAmerican Activities Committee, he praised their efforts. Naturally, this went against the feelings of many of the people he worked with. It is said that although he appeared in three pictures with Katherine Hepburn, she would only speak to him when required to by the script.

Adolphe Jean Menjou was born the eldest son of a French hotel manager and an Irish mother in Pittsburgh, Pennsylvania, 1890. About the time that the senior Menjou moved the family to Cleveland to open a chain of restaurants, Adolphe was already beginning to show enthusiasm for a show business career. His father did what he could to dissuade him from that path, sending him to the Culver Military Institute for high school and then Stiles University and Cornell to seek a degree in engineering. Adolphe played along for as long as he could but finally dropped out of Cornell to joined the vaudeville circuit. He put his career on hold on a couple of occasions when his father needed help running the family business, he even managed Maison Menjou in New York for a time, but he never forgot the call of acting.

He found his way into the budding motion picture industry before America joined the Great War. One story concerning the origin of Menjou's moustache holds the he was hired for Nearly A King (1916) because he had a slight resemblance to John Barrymore. When Barrymore came on the set he was taken aback that Menjou looked too much like him, and said the only way he could continue to work was to get a false beard from the makeup department. According to the story, this resulting in Adolphe cultivating his trademark moustache. (In his 1948 autobiography, It Took Nine Tailors, Menjou claims he began leaving his upper lip unshaved to celebrate his 21st birthday).

Menjou spent three years in France with the US Army Ambulance Corp. Returning from the War, he took up again with the fledgling motion picture industry, and when the industry moved to sunny Hollywood, he was quick to followed. He appeared with Douglas Fairbanks in The Three Musketeers (1921) and in Rudolph Valentino's classic The Sheik (1923). Menjou's big break came when Charlie Chaplin gave him a lead role in A Woman of Paris (1923). Paramount saw how the dapper actor stole almost every scene he was in and began to play up Menjou's playboy image by casting him as an urbane but callous lady's man. He was selected as "Best Dressed Man in America" nine times. 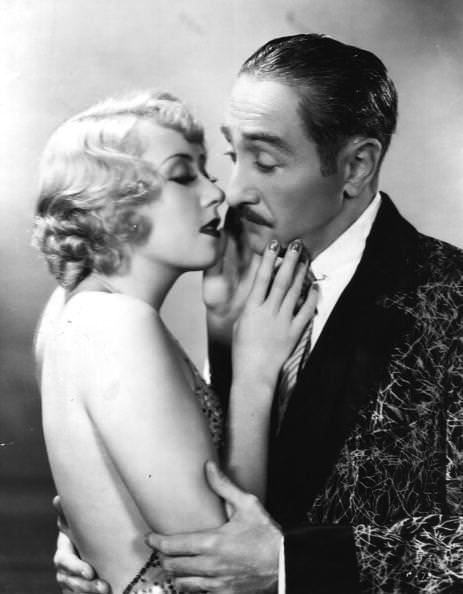 The Stock Market Crash of 1929 led to Paramount shedding many of its contracts, among them Menjou's. MGM picked him up (for half of what he was paid at Paramount) and took advantage of his fluency in six languages by placing him in international releases for the French and Spanish markets. He moved easily into second lead and supporting player status in films like The Great Lover (1931), A Farewell to Arms (1932), Little Miss Marker (1934), and Stage Door (1937).

His film career slowed during the forties. Rather than time in front of the camera, he took time to entertain troops both Stateside and overseas. He also had a good deal of fun spoofing his image as a guest on several popular radio programs, including Amos 'n' Andy, The Chase and Sanborn Hour, and The George Burns and Gracie Allen Show. The slowdown of his film career also afforded him more time to put on the links, Clark Gable called Menjou "far and away my favorite actor-golfer. If he plays a good game, he radiates enthusiasm like the Los Angeles Chamber of Commerce and makes you forget he is taking your money. If he plays a bad game, his moans echo from the hills of the Bel-Air Country Club like the cries of a man in mortal agony. Either way it is an enchanting experience."

Actress Verree Teasdale became Mrs. Menjou in 1935, and the couple remained together for the rest of Adolphe's life. The couple appeared together in Harold Lloyd's The Milky Way (1936) and Hal Roach's Turnabout (1940). In the late Forties and early Fifties, ZIV Syndications featured the couple on Meet the Menjous, a 10-13 minute talk show covering a variety of subjects. In 1957, Adolphe played a French General opposite Kirk Douglas in Paths of Glory. His final role was as the town curmudgeon in Disney's Pollyanna (1960).