Kids today don't know what they're missing. Old Time Radio shows are fantastic entertainment that even entertains today's kids. Download classic radio recordings with top actors, writers, and directors on their phones, tablets, and gizmos.  These shows are great for the commute to school.

Younger audiences enjoy silly songs and voices. A customer's son loved the story of the Three Billy Goats Gruff on Minnesota School of the Air and he probably heard it 1,000 times. They like predictability, music, and fun. 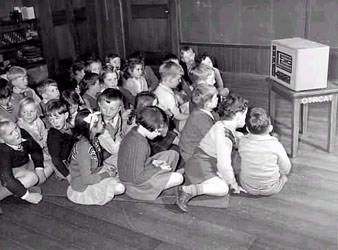 Minnesota School of the Air

What time is it, kids? Take your seat in the Peanut Gallery, It's Howdy Doody Time!

As kids grow older, their sense of adventure grows. They are sophisticated little learned and can follow more complex storylines and plots. They are are beginning to more fully understand justice and helping others. 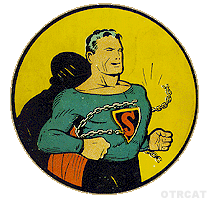 This is the ultimate Children's Adventure Serial! From pre-jet flight in 1939 right up into the atomic 1950s, Superman was on call in Metropolis.

The Adventures of Ellery Queen

Ellery Queen was an author who solved mysteries in his spare time and then wrote about his harrowing adventures; his sidekick was his own father, Richard Queen.

Follow the "Flight of the Bumblebee", The Green Hornet, and his side kick, fierce fighter, skilled driver, and all around best pal Kato for even exciting listening. 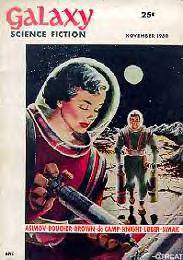 Teens may enjoy some horror, mystery, or science fiction shows. Kids like thrills and chills and bigger intellectual concepts like right and wrong. Proceed with caution for some sensitive kids, because some of these shows can be scary.

A sister show to the classic Suspense, Escape drew upon great tales from literature to take listeners away from the everyday world.

Have we missed one of your childhood favorites or a show you played for your kids or grandkids?  Let us know below in the comments!

Use OTRCAT.com instant download feature to share your favorite old time radio shows with the kids in your life today! It's enriching for them and for you!

Spoiler : I have the fondest memories listening to Wormwood Forest with my grandchildren. They seemed to really enjoy it.

Reply
Spoiler : Good to know about your being a family-owned business in USA. I've enjoyed your products since I first discovered your business several years ago.

Reply
Spoiler : THE PROGRAMS I LOVED AS A KID WERE: JACK ARMSTRONG, AND TOM MIX

Reply
Spoiler : Yes you missed Tarzan and the westerns. but thanks you got many good ones that I listened to as a youngster.

Reply
Spoiler : My boys love old time radio. Its so much healthier than TV or cable.