My first recollection of radio when I was about 5 years old. 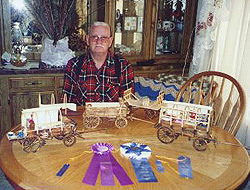 My Dad liked to listen to The Green Hornet. I was fascinated with the sound of the bee, but I didn't really understand the rest of it.

As I grew older, we listened to Amos and Andy and they kept talking about the King Fish and I didn't understand what it was until much later. I later realized they belonged to the Lodge of the Mystic Nights of the Sea and the King Fish was the Head of the Lodge. My mother always listened to Ma Perkins and sponsored of course by Oxidall Soap. 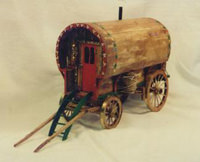 Together we would listen to Fibber McGee and Molly, Jack Benny, and then on to The Bob Hope Show. We would always wait to hear the "bombshell" he would drop this time. For those who are unfamiliar with this, Bob Hope would like to say something risqué just before the end of the show so he would be cut off the air. (The only joke I can remember was "Sleeping Beauty stuck her finger with a needle but didn't feel the prick till she was 21.") Back then they were very strict about what was said over the air. So every week every one would listen to see what he would say next.

Of course every one was glued to the radio on December 7, 1941 when Pearl Harbor was attacked by Japan. I also remember when they announced VE Day, and how we celebrated.

My favorite memories rushing home from School so I would not miss. The Long Ranger, Jack Armstrong, Superman, Terry and the Pirates, Little Orphan Annie, and others. I would always send in my ten cents and a box top to get a Super Code Ring with as secret compartment or some other prize they were offering. I had a lot of those prizes and wish I had them today, they are very valuable now. I grew up on a Farm and we had a Philco Cathedral Radio (which, incidentally, I still have today.) In the Barn and we would listen to the National Barn Dance while we milk the cows. My father loved Hill-Billy Music; today they call it Blue Grass.

Today I enjoy listening and remembering the old radio shows while I work in my workshop making intricate model wagons (pictured above). I really enjoy listening to the old radio shows, because I can work while I listen (unlike T.V. where you have to look at the tube.) I like to listen to the MP3 disc while I work in my shop as I do not have to change ther disc very often. I can listen to one disc for two or three weeks. I have a MP3 player that I can carry it around or hook it up in my car stereo or plug into my stereo system in my shop and listen through large speakers.

Be the first to comment on "Old Time Radio Memory: Wayne Field"