War of the Worlds: Those Pesky Aliens 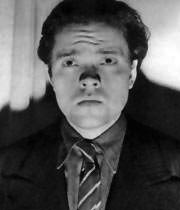 There is arguably no more important book in the history of science fiction than The War of the Worlds. It has influenced and informed generations of writers, artists and filmmakers, but when H.G. Wells set out to chide the hypocrisy and complacency of the British Empire with his pointedly observed tale of alien invasion, surely not even he in his wildest dreams could have predicted how insidiously the story would worm its way into the public psyche, nor could he have possibly foreseen how a marvelous new invention was to become intimately entwined with his creation. In 1898 when The War of the Worlds was first published, Marconi had only just opened his first factory in Britain, yet just 40 years later The War of the Worlds would reach out via a radio drama to intrude directly into the lives of a huge number of frightened Americans.

That now infamous 1938 broadcast by Orson Welles’ Mercury Theatre of the Air was of course a landmark in the history of American radio, but it was not the last time a Martian invasion of the airwaves would trigger pandemonium. Surprisingly, almost the exact same scenario has been played out time and time again across the world, with the most recent event occurring a scant 10 years ago. From the backwoods of New Jersey to the streets of Lisbon, the Martians have had little trouble in recruiting willing collaborators to their cause, radio mavericks like Welles who sought to recapture lightening in a bottle, but who more often than not, found themselves badly burnt.

In 1974 Orson Welles alluded to his brush with infamy in his tongue in check documentary film F for Fake, observing dryly that someone in South America had ended up in jail for imitating his War of the Worlds broadcast. It’s not at all clear how much Welles really knew of those events in South America, but the continent has certainly suffered more than its fair share of attention from the Martians, and some people did see the inside of a prison cell for their troubles. There are two well known instances of a War of the Worlds broadcast getting out of hand in the area, the first in 1944 in Chile and the second in 1949 in Ecuador. The Chilean broadcast of November 12th was certainly not lacking in thrills; with Martian war machines descending on the country suspended from giant parachutes and considerable destruction of familiar landmarks reported. Chaos was said to have enveloped the capital Santiago, with one local newspaper reporting that people had flooded onto the streets, but on the scale of things, this was as nothing compared to the tragedy that was to befall Ecuador a few years later.

The disaster that engulfed the capital city of Quito on February 12th 1949, in which at least 6 people lost their lives, has long been held to be the fault of one man, a writer and producer with the El Comercio radio station called Leonardo Páez, but evidence strongly contradicting this has recently come to light. Páez has routinely been painted in almost Machiavellian terms, with claims made that he withheld his intentions from the station owners, planted false stories about UFOs in local papers to drum up public unease prior to the broadcast, and most damningly of all, locked the doors to the studio to prevent his own actors from realising the enormity of the situation that was rapidly unfolding in the city. And by all accounts, this was by every conceivable measure, a full-blown mass panic, with priests offering absolution to the faithful, crowds of terrified residents taking to the streets and army trucks setting out to confront the invaders. If Páez had really engineered this, then his is surely one of the most successful and deadliest confidence tricks in history, but the truth is that he was simply another victim of the incredible plasticity of Wells story, which time and time again has proven its ability to adapt to prevailing conditions and exploit local undercurrents of tension and anxiety. As testified by his daughter, Páez was horrified when protestations over the air that it was only a play brought forth a mob of some 300 people to the doors of the radio station. Enraged that they had been so thoroughly fooled, and armed with rocks and blazing copies of the El Comercio newspaper (the owner of the radio station with which they shared premises), the shutters to the basement printing presses were forced open, and the building callously torched.

Cut off by the fire, Páez and his colleagues were forced to risk a perilous escape across the rooftops of nearby buildings, but tragically many of his friends did not reach safety. It has been suggested that Páez then vanished into the night, never to be seen again, but though many involved in the broadcast were briefly arrested in the coming days, Páez had retained documents proving his innocence - primarily a copy of his contract that proved the station management was well aware of the broadcast. Entirely exonerated of any blame for the tragedy, Páez even received the keys to the city of Quito in later life for his contribution to Ecuadorian culture, hardly the sort of honour likely to be bestowed on a mass murderer.

Yet this was not the end of the Martian interest in South America. Far less well known is the fact that Brazil has fallen prey on several occasions to rapacious invaders from space. On one occasion in 1954, a series of messages alleging an alien invasion were transmitted by a bored telegraph operator and enthusiastically taken up by local radio stations, prompting Air Force planes to take to the air. Then in 1971, a radio station seeking to boost ratings engineered a version of the 1938 broadcast that culminated in the occupation of the radio station by a battalion of troops from a nearby military base. Only quick thinking by the station staff got them off the hook, hastily doctoring a recording of the broadcast before the troops arrived to make it seem as if numerous careful disclaimers had been broadcast during the course of the production.

Brazil at the time was under a military dictatorship, so the staff of the station had taken quite a risk, but a radio producer in Portugal called Matos Maia had also found himself in serious trouble with the authorities some years earlier, when his production of The War of the Worlds (itself closely modelled on the Howard Koch script of 1938) fell foul of a dictatorial government. Maia had set his 1958 Production in and around Lisbon and half way through his broadcast, suffered the indignity of having his studio invaded by armed police and the production unceremoniously yanked off the air as panic engulfed the city. An invitation to the sinister secret police headquarters in Lisbon followed, with dire threats made to his safety if he ever dared repeat his offence. Later Maia was to discover that the order for his arrest had come directly from the head of state himself. 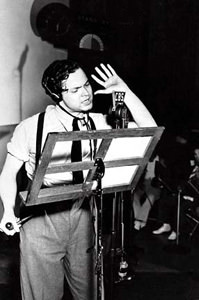 But just in case you are thinking that post war America would be far too sophisticated to fall for this sort of thing anymore, let me quickly relieve you of that rash preconception. America has in fact faced several more Martian attacks, with significant scares occurring in the vicinities of Buffalo and Rhode Island, once in 1968 and again in 1974. Both cleverly re-imagined the 1938 broadcast with modern music and production values, convincing listeners that they were hearing a contemporary account of a Martian invasion.

It is easy in hindsight to laugh at the antics of people who should surely have known better, but there is a sinister side to the phenomenon, pointing to an all too obvious readiness on the part of listeners to be caught up in the moment and cast aside all common sense. In 1938, war jitters in America played a large part in the panic, as of course did the skill of Orson Welles and his Mercury players, but careful analysis of panics in other countries reveal a wide range of triggers. In Brazil in 1954, the populous was already stressed by a rash of UFO sightings, while in Portugal, deeply held religious beliefs confused Martians with apocalyptic visions. But no matter the underlying cause, the one extraordinary constant is the Martians, a malignant force brought to life by radio that seems able to awake in us an almost primordial fear of the unknown. The last recorded panic caused by a War of the Worlds radio broadcast was in Portugal in 1998. The very pertinent question arises, have we yet seen the last of the Martians?

About the Author:
John Gosling has written for a number of British science fiction magazines and is an avid researcher of War of the World radio broadcasts. His first book, "Waging the War of the Worlds", tells the in-depth story of the 1938 broadcast and uncovers nine other panic broadcasts that have terrified listeners all over the globe.

Be the first to comment on "War of the Worlds: Those Pesky Aliens"