Simple Way to Organize and Play Your Mp3 Disks My first OTR MP3 disk was the WJSV Broadcast Day.  At the time, I wasn’t fully aware of how much compressed audio could be put onto a single CD without a noticeable loss in sound quality.  Needless to say, I was pleasantly surprised and quickly became hooked on collecting radio programs in the cost-effective and convenient MP3 format.  I now have dozens of MP3 OTR disks in my collection and continue to acquire new ones on a regular basis.

The only drawback that I can find to collecting OTR programs in the MP3 format is that there is too much material contained on a disk!  The program displays on most of the little portable MP3 players that I’ve used over the years were not all that "user friendly" for locating a particular program, particularly if it was near the end of a disk.  Then too, much of the OTR material I collect in MP3 consists of short news programs and bulletins from the 1930s and 1940s.  Trying to organize and play these short clips also proved to be a challenge.  Initially, I used my desktop computer with its large display to scan through an MP3 disk’s menu to identify 60-70 minutes worth of program material that I wanted to listen to.  Then I would use the computer to burn this material onto an audio CD.  Over time, however, I accumulated so many of these "home brew" audio CDs that they created their own cataloging and storage problems.

Just recently, I hit upon a convenient and cost-effective method for organizing and playing my MP3 disks, which can be used with just about any computer and operating system. 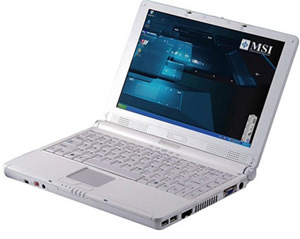 Through eBay, I acquired a refurbished laptop computer.  (Since this particular model was about 8 years old, the price including shipping was incredibly low.)  This laptop is my dedicated MP3 media player and is used for nothing else.  Next, I began consolidating my MP3 disks onto little USB "Flash" drives which can hold an incredible amount of data.  For example, I have OTR CAT’s Radio News series covering the years 1938 through 1945 and which comes on 16 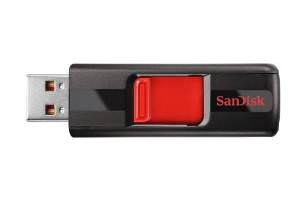 MP3 disks.  I transferred all of the material contained on these 16 disks to a single 16 Gigabyte USB "Flash" drive.  (Even with all this data, the drive is only a little over half-full!)  Using my laptop’s large display and its Media Player program I can quickly and easily scroll through all the program files transferred from those 16 disks and select just those programs that I want to hear.  For example, I might want to listen to just the news programs from a particular month and year in the order in which they were originally broadcast.  Using the Media Player, it is a simple matter to organize the individual program files onto a "play list." (Unlike audio CDs, play lists are not limited to 75 minutes or so worth of programming.) Adding or deleting a program from a play list requires only a mouse click or two.  Once I’m satisfied with my play list, it is saved.  The Media Player program will then automatically play all the programs on the play list in the order that I arranged them.  I can listen to as many of these programs as I wish and, if I don’t get to all of them in one sitting, I can call up the saved play list again at a later date and resume listening from where I left off.    And since all of the program material is contained on a USB "Flash" drive, a great deal of space is saved on my laptop’s hard drive. To complete the system, I use a patch cord to connect the laptop’s AUDIO OUT to a small low-power AM transmitter that I use to " broadcast" old radio material to the various vintage radios I have scattered around the house.  While my MP3 laptop is not as compact as those little hand-held MP3 playback units that are popular today, it is portable enough to take with me when I travel.  Most important, the cost of my MP3 playback system was very reasonable.

Most of you can probably see the many possibilities of using such a method with your own MP3 disks.  You can, for example, use it to assemble and then listen to all the programs – news, soaps, sports, comedy, music, drama, etc. that aired on a particular date, thereby recreating the broadcast day.  Or you might want to collect together all of your favorite episodes from radio series contained on multiple MP3 disks.  The possibilities are limited only to your imagination.  Happy listening!