Light opera, War News, and getting the most out of your Ration Points were the features of Your Home Front Reporter.

Choose your CD format
or order disks individually: Add to Cart Add to wishlist
Play a sample episode from May 10, 1943: 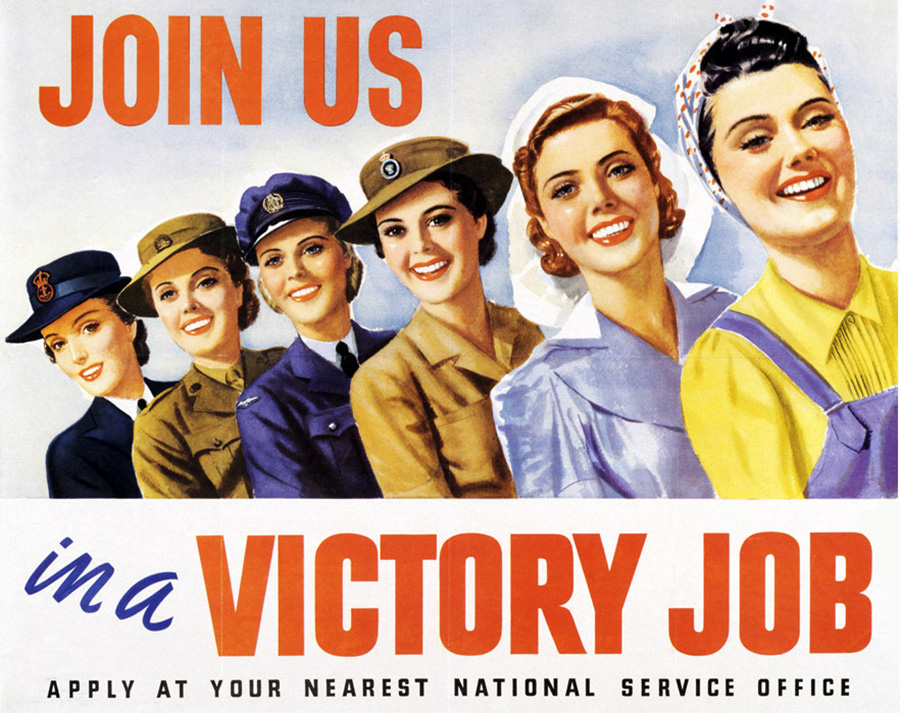 One of the things that made the Greatest Generation so great was the fact that when America entered the Second World War, winning the War became everyone's business. Everyone seemed to want to do whatever they could to help with the War effort. Men had a big advantage on this score, they could go to the local Induction Center, raise their right hand, and from that moment forward there would be a sergeant telling them in no uncertain terms what to do to win the War. Those who did not put on a uniform could work in a War-related industry, and if you believed propaganda machine, everything from sweeping the hallway at the local high school to gluing the wings onto B-17s was a War-related industry. Increased Wartime demand for just about everything meant that factories were hiring every worker they could get their hands on, breaking down employment barriers for minorities and women.

Although many women joined the ranks of "Rosie the Riveter", the vast majority stayed home to keep the home-fires burning and to raise the kids. This does not mean that they were not interested in winning the War, they were incredibly interested in making a better world for their children as well as getting the whole thing finished so that their men could come home, and life could get back to normal. Actually, even early in the War, it was obvious that things were going to be even better than the Great Depression years just before the opening of hostilities. 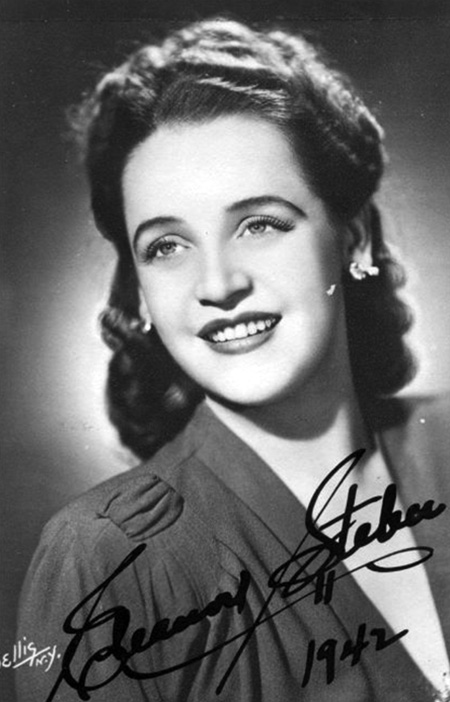 The Owens-Illinois Glass Company came up with a way to inform housewives about ways they could help to win the War with Your Home Front Reporter. Created by the D'Arcy Advertising Agency with the cooperation of the Office of War Information, the show featured War news and music from tenor Frank Parker, Metropolitan Opera Soprano Eleanor Steber, and David Broekman and His Orchestra. Over the course of the program, production moved from New York to Hollywood and back to New York again.

War news and music was something a young housewife could find all over the place (although light opera at four in the afternoon may have bn unique). What made Your Home Front Reporter different was the way it helped to define how a housewife could help to win the War by understanding the importance of rationing and sacrifice as well as information to help keep a happy home with the resources available. The program was hosted by Southern California radio personality Fletcher Wiley. Often compared to Arthur Godfrey or Paul Harvey, Wiley specialized in speaking directly to women, so was a natural for the job.

After broadcasts began in May 1943, production moved to Hollywood in July. This was a homecoming for Wiley, and tenor Parker made the move as well. Ms. Steber and Broekman's outfit were replaced by Dianna Gayle, Phil Hanna, and Wilbur Hatch and his Orchestra. Reporter Wiley offered tips on scientific nutrition, general home economics, and creative menu tips to get the most out of a household's ration points. In the fall, production returned to New York without Fletcher Wiley. Opera was back as Ms. Steber and Broekman's orchestra returned to the show, and the new "reporter" was Don Pryor.

In November 1943, the program was retooled as Home Front Matinee and a few weeks later Broadway Matinee, straight music programs without the home economics aspect and less emphasis on War News. By this time, Your Home Front Reporter had done his share to win the fight.