Wrestling traces its roots to the earliest forms of unarmed combat and it makes excellent entertainment in all genres of old time radio.

Choose your CD format
or order disks individually: Add to Cart Add to wishlist
Play a sample episode from March 20, 1946: 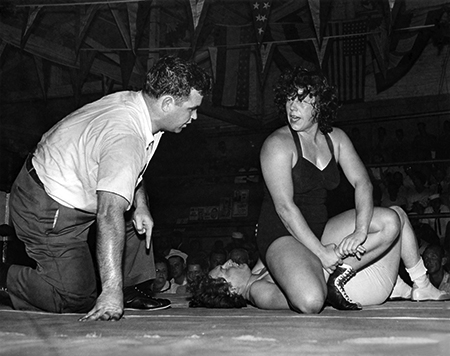 In most fields of endeavor, when an activity is raised to a professional level it gains status and respect. At the most basic level, "turning pro" usually means that you are good enough at what you do that someone is willing to pay you to do it, while the amateur participates for the love of doing what they do. In modern wrestling, the distinction between amateur and professional divides between genuine competition and stylized mock combat.

Wrestling traces its roots to the earliest forms of unarmed combat and may have been one of the first sports to have formal rules. The wrestler's goal is to subdue his opponent, but the wrestler uses no other weapon than his body and he is generally not allowed to strike his adversary with his fists or feet. Rather, the wrestler engages in grappling, defeating the opponent with clinches, throws, takedowns, and holds. Determining a winner varies with different wrestling traditions but usually, the loser is determined when both of his shoulders are pinned to the ground.

Modern professional wrestling is more about showmanship than about competition. In many cases, the matches are highly choreographed and scripted striking a balance between the safety of the wrestlers and entertaining the fans. This should not imply that professional wrestlers are not highly trained athletes, it is a taxing and dangerous sport, but the show is closer to an acrobatic performance than actual combat. 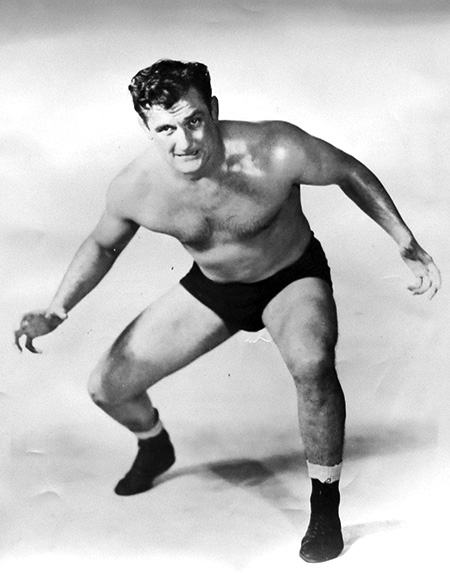 The tradition of professional wrestling has its roots in traveling circus and carnival sideshows. The performer would offer a challenge to the local favorites when the show reached a new community. Because of his training, the circus strongman was usually at an advantage, but there was always a chance that the local farm boy could possess enough native strength and cunning to defeat the outsider. If there was any suspicion that the professional was engaging in an unfair contest, or if he caused serious injury to a local favorite, the danger of mob violence was ever-present. These are just a few of the factors which gave rise to the more showmanship oriented professional wrestling tradition. The fact that it is "fake" is considered an open secret between the performers and the audience.

These circus origins are the basis of many wrestling stories in Old Time Radio, the regular hero finds himself forced into a match and the comedy ensues as he struggles to find a way to avoid being clobbered. This works especially well when our hero is less than naturally combative, like Jack Benny. Several stories are based on pro-wrestling's lack of mainstream respectability, it is something to be enjoyed with your buddies but not something you would share with your wife or boss. This is a plot point which works especially well on comedies like Meet the Meeks, The Life of Riley, and Fibber McGee and Molly.

Less menacing but with greater shock value are encounters with lady wrestlers Just ask Remley on The Phil Harris-Alice Faye Show or Jack Paar. The circus background also gives rise to seedier, underworld types, requiring the help of Boston Blackie and This is Your FBI.