What Are We Fighting For?

Produced by the War Department and CBS, this show includes astonishing interviews of soldiers, officers, and service men about to enter WWII. Edward Murrow appears in the first episode.

Choose your CD format
or order disks individually: Add to Cart Add to wishlist
Play a sample episode from April 02, 1942: 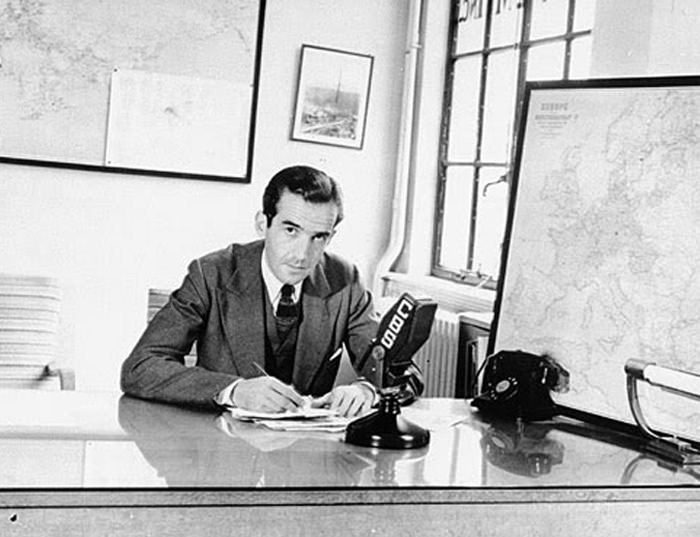 "The best soldiers in the world are the ones who know what they are fighting for..." was thepremiseof the short lived series What Are We Fighting For? For six weeks in thespringof 1942, the Columbia Network set up a series ofremotebroadcasts various Army installations around the country, including the Military Academy at West Point, Fort Meade, MD, Camp Claiborne, LA, and others.

Live audiences wereusuallyofficers and enlisted men, often only days or weeks away from shipping out to the front lines. Sponsored and recorded by the War Department, thesehistoricalbroadcastswere usedintrainingandnewtroopsorientation.

Speakers in thisserieswere mostly CBS correspondents who had already been in the war zone. Edward R. Murrow spoke on "The Road To War", recounting Nazi aggression and summarizing his reports from London during the blitz. Thejobof reporting the progress of America's war efforts from Pearl Harbor to date fell to Lee White, whohad been injuredduring the conflict in the Balkans. Perhaps theclimaxof the series came in the lastepisodewhen WWI hero Sgt. Alvin York addressed his reactivated unit, the 82nd Infantry, the "All American Division", at Camp Claiborne in Louisiana.

There was noeffortmadetodisguisethepropagandaof What Are We Fighting For?American fighting men wereanxiousandenthusiasticto get into the fight and to get the job done. One might say this has always been true of America'sbraveservice men and women.