Exotic screen legend aka the "Turkish Delight", Turhan Bey was popular and much sought after his screen presence with his good looks and charismatic demeanor.

Choose your CD format
or order disks individually: Add to Cart Add to wishlist
Play a sample episode from May 24, 1945: 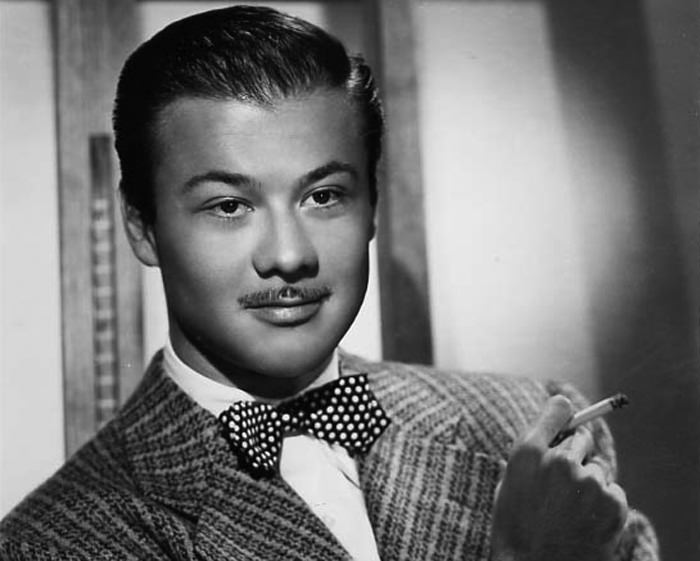 Whether on television, the big screen or the radio airwaves, the performers leave their impression in the minds and hearts of those that watched them create. Such was Turhan Bey, aka Turhan Gilbert Selahattin Sahultavy inVienna, Austria. The "Turkish Delight" as he was known in the entertainment world, because being the scion of a Turkish Diplomat, had no difficulty garnering the attention of the fairer sex in his day. His features could depict royalty, command, or simple intellect wherever he performed. His film legacy would span a decade and a half, from 1940-1953. In his repertoire of titles were Raiders of the Desert, Arabian Nights, White Savage, Ali Baba and the Forty Thieves, Bowery to Broadway, Follow the Boys, and Sudan. Not only did these enhance his credibility to producers for a swarthy featured gentleman, it also cemented his effectiveness as an office box consideration. Bey could have his pick of the roles and choose them carefully he did. After 1953 his prominence and presence soon became scarce. he did not get back into acting professionally until the 1990's. There he did cameos on various television programs, and a few movies.

Turhan Bey was popular and much sought after his screen presence with his exotic good looks and charismatic demeanor. One of his favorite co-stars to share the screen with was latin lovely Maria Montez. Like Bey, Montez created a stir with those that witnessed her warmth and sensual portrayals. Bey was also linked romantically, for a time, with Lana Turner. However, when her husband found out about the entanglement Bey chose to remove himself from the involvement, which saved his reputation, and possibly his body from harm.

This collection contains the few rare radio appearances Turhan Bey made in the late 1940's including episodes of Birds Eye Open House with Dinah Shore, Command Performance, a rare recording of Notorious Tariq and So Proudly We Hail.

Bey passed away in Sept 2012 and leaves a strong romantic leading man image behind which will be hard to match. Turhan Bey is a talent that will be surely missed and hard pressed to equal.