The Singing Bandit: Being robbed while you are on the dusty trail is bad enough, but it is doubly embarrassing if the desperado begins singing to you before killing you!

Choose your CD format
or order disks individually: Add to Cart Add to wishlist
Play a sample episode from July 01, 1937:

Gene Autry helped to create one of Hollywood's most unlikely character types when he made his film debut with In Old Santa Fe (1934) as the very first "Singing Cowboy". A buckaroo with a song on his lips proved to be a low-budget alternative to the rootin'-tootin' action-hero cowboy, guitars and musicians being much less expensive to film than horses and stuntmen. A singing cowboy could make do with a generic bad guy in a black hat, so the "singing bad guy" remained a part of serious musical theater but not really part of the singing cowboy western. 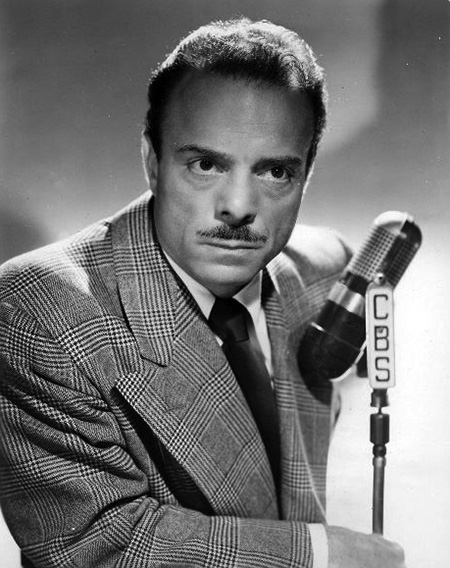 Radio did have The Singing Bandit, a syndicated program produced in the studios of KMTR Los Angeles during the late Thirties for Robert E. Callahan Syndications. Callahan was a noted authority on "authentic" Indian, cowboy, Mexican, and Old California culture. He claimed to have begun his career with Buffalo Bill's Wild West, made a respectable fortune in Chicago advertising, and finally settled in Los Angeles. In 1928, he purchased land along West Washington Blvd where he built Ramona Village, and Old West-themed attraction which featured an Indian Village, a trading post, Mexican-styled café, various dioramas including a representation of Death Valley, a motor court featuring guest accommodations in cement teepee, and a theater where various pageants and dramas were held.

Callahan's earliest radio efforts were remote broadcast from the stage of the Ramona Village theater, but he soon began writing and producing more elaborate radio dramas, including the Lone Indian, Indian Trails, Santa Fe Trail, and may have contributed scripts to 20 Mule Team's Death Valley Days. The Singing Bandit was one of his more sophisticated offerings, although the program used characters and situations which had appeared in earlier shows. The titular Bandit was a "Zorro" knock-off, a former dandy who grew up on a California rancho and was forced into a life of crime but kept a strong sense of chivalry and personal nobility. Rather than using a sword to mark his accomplishments with a "Z", he had a quirt or whip which left the image of a red spiderweb, giving the Singing Bandit his other alias, "The Red Spider".

The Bandit was played by Jay Novello, who would go on to play Jack Packard in the West Coast version of I Love a Mystery.