Choose your CD format
or order disks individually: Add to Cart Add to wishlist
Play a sample episode from January 06, 1937: 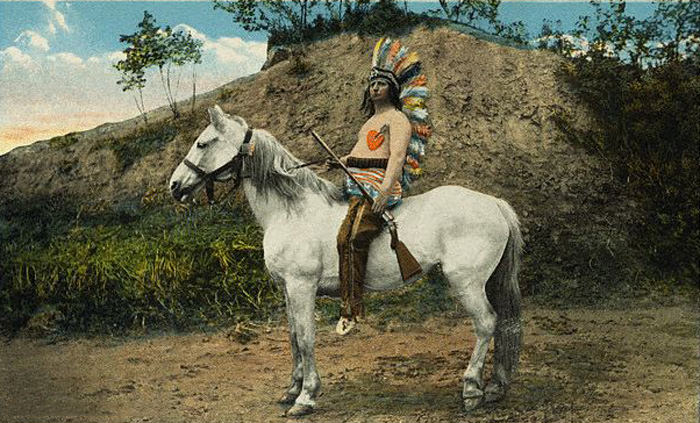 For many years, it was a common belief in the East that there could not be cowboys without Indians, and vice versa. This misconception can be forgiven when we consider the awesome power of Hollywood to create and perpetuate myth.

The cowboy has stood as a noble figure of independence and integrity, a symbol of the American Frontier who embodies everything that makes this country great. The fact that cowboys were actually agricultural workers doing what they could to get their crop to market is usually conveniently forgotten.

When you building a heroic legend like our image of the cowboy, it helps to have a convenient villain to pit him against. The peoples who inhabited the North American continent were pulled into service as an easy villain, even though their supposed bloodthirsty reputation was even more fictitious than the Cowboy myth.

During the 1930's, Los Angeles radio producer Robert E. Callahan decided to begin repairing the Indian's unfairly tarnished reputation. Beginning on KTM in 1930, Callahan began broadcasting Indian Village on Sunday mornings. Over the years the program moved through several different timeslots, formats, stations and even titles. In 1931, for example, the show was Indian Stories on the Warner Studio's station KFWB. The Lone Indian, Lone Indian Theater and Indian Theater – Santa Fe Trail were all used in the local radio guides at different times.

Through all of the different titles, Callahan managed to keep the show with the same basic formula. Callahan himself acted as narrator in the character of "The Old Trapper". In each episode, the Old Trapper comes across somebody, usually a young somebody, who is either deathly afraid of those savage Indians, or else who thinks it is their duty to go out and shoot as many "redskins" as possible. Then he would correct the young person's misconceptions by teaching some "Indian words", telling a story or two about real Indians, and present a few Indian songs and music.

In its own way, the vision of the Noble Savage that Callahan was presenting was as inaccurate as the movie stereotype of the blood thirsty savage. One example is the Old Trapper's insistence that he is able to "speak Indian". There is no such thing as "speaking Indian" because there were thousands of languages used in North America before European contact.