syndicated radio program with 15 minutes of words and "Familiar music, from the treasure trove of time."

"She May Have Seen Better Days"

The announcer introduces the program:"Salute to Song, a quarter hour of words and music. Familiar music, from the treasure trove of time." Each episode features a song and a story inspired by the song. Not necessarily the story that inspired the song. 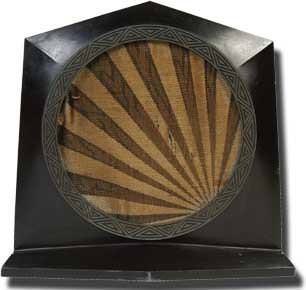 Salute To Song was a cute little show. Because the recordings have long periods of "fill music" at certain points, the series was recorded for the syndication market. In these gaps, the local broadcaster would place his own advertisements. Shows like Salute To Song lent themselves to local sponsorship; a regular listener would recognize the show and pay attention for the few minutes of its broadcast, allowing the sponsor to get across his message.

"Meet Me In St. Louis, Louis" was a ditty written in celebration of the 1904 St. Louis World's Fair. On Salute To Song, the tune becomes the story of a frustrated housewife who wants nothing more than to go to the World's Fair and dance the hootchie-kootchie like Little Egypt. Unfortunately, her salaryman husband wants to impress the boss in order to get a raise. It should be noted that this story is not related to the 1944 Judy Garland picture of the same name.

"Olde Lang Syne" is based on a poem by Scotsman Robert Burns. Salute To Song turns it into the story of a Scottish orphan boy who leaves town when he is 15 to seek his fortune in London. Before he leaves, he promises the old couple who raised him that he will return in ten years, when he has made his fortune.

The songs used on Salute To Song are balanced between old standards and tin Pan Alley hits.