A World's Fair is an opportunity for people of various nations to come together and display the best advancements their Countries have to offer.

During the Middle Ages in Europe, every local church or parish had a festival on the day of its patron saint. Community-wide celebrations might also be held at important times of the year, such as the beginning of planting season, giving thanks after a successful harvest, when migratory game animals returned to the region, or even on the birthday of the local lords or noble folk. These celebrations may have featured a feast sponsored by the lord and often included music and dancing as well as athletic competitions of various sorts. Since many people lived on isolated farms, this was an important opportunity to attract a potential mate from outside the immediate or extended family. 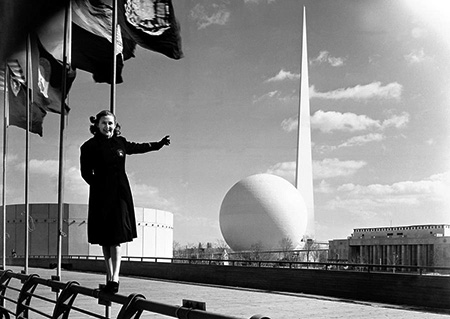 In time, many of these annual celebrations attracted traveling merchants who came to trade their wares. The bigger crowds also brought traveling musicians, minstrels, storytellers, and acting troupes. Street Fairs in the towns tended to be more commercial while country fairs would display agricultural prowess. In both cases, local folk would make the most of the economic opportunity by selling food and renting lodgings to the visitors. In some regions, the winners of competitions held at local fairs would move on to larger, region-wide fairs. The tradition continues in modern North America in the county and state fair competitions between livestock as well as agrarian skills such as baking, food preservation, and sewing.

As transportation and infrastructural technologies improved throughout Europe in the nineteenth-century national expositions were held to solidify nationalist pride. One of the first true World Fairs was the Great Exhibition held in London, 1851. The Exhibition was largely the brainchild of Prince Albert who had Victoria, Queen of Great Britain and Ireland in 1840. As a Constitutional Monarch, Victoria had limited political authority and her husband would be granted almost none.  However, Albert was well connected to several of Europe's Royal Families and was an astute and ambitious operator. Although he had almost no political power, he certainly had influence and he made the most of it.

The organizing body of the Exhibition was the Royal Society for the Encouragement of Arts, Manufacturing, and Commerce. Other nations were invited and encouraged to add exhibits, but the overarching message of the Exhibition was Britain's economic and industrial domination of the world. England "held the lead in almost every field where strength, durability, utility and quality were concerned, whether in iron and steel, machinery or textiles", and was not shy in letting her people and the rest of the world know it. The host country is still the dominant force in World Fairs, but they tend to be more inclusive. Unlike most Olympic Games, a World Fair often brings a profit to the host city and country. 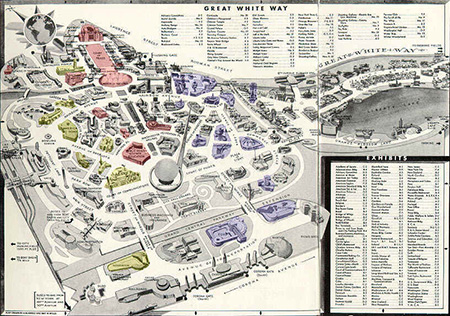 The Fred Allen Show, NBC, 1939-40. Fred talks to Billy Rose about the Aquacade Show starring Johnny Weissmuller and Eleanor Holm at the New York World's Fair. In another episode, he interviews Elmer, the Fair's mascot.

Kaltenborn Edits the News, CBS, October 1939. Commentators from Chicago apparently gloat over the failure of the New York World's Fair. With nearly 45 million visitors, one wonders what failure they mean.