Choose your CD format
or order disks individually: Add to Cart Add to wishlist
Play a sample episode from January 31, 1946: 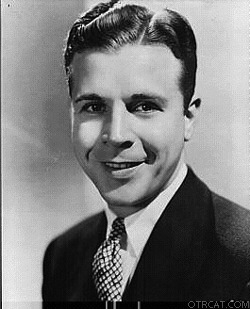 Rogues Gallery featured detective Richard Rogue and his often annoying alter ego, Eugor. Dick Powell was the first and most popular Richard Rogue followed by Barry Sullivan in the Summer of 1947 and Paul Stewart for the 1950-1951 series.

Rogue was everything a shamus should be, tough, strong, dashing, and funny. However, once every show, Rogue was knocked out in a fight or by someone slipping him a mickey. While he was out, Eugor (Rogue spelled backward) made his appearance. 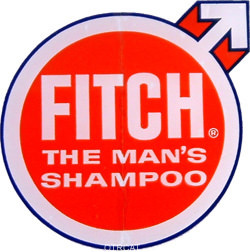 Eugor lived just below that mythical happy place, cloud nine, on cloud eight. During Rogue's visit to cloud eight, he often worked out the solution to his case in conversation with Eugor.

The show was sponsored by the F. W. Fitch company. The Fitch company sold Fitch Saponified Shampoo which was supposed to cure dandruff. Originally, the show was called "Bandwagon Mysteries," then "Rogue's Gallery" and finally, "Mystery Playhouse". It also appeared on all three networks.