Best known in Old Time Radio for taking over the role of The Saint from Vincent Price for two episodes, Barry Sullivan was the sort of actor who was able to continually find work in films and TV.

Choose your CD format
or order disks individually: Add to Cart Add to wishlist
Play a sample episode from September 16, 1950:

"The Ghost That Giggled" 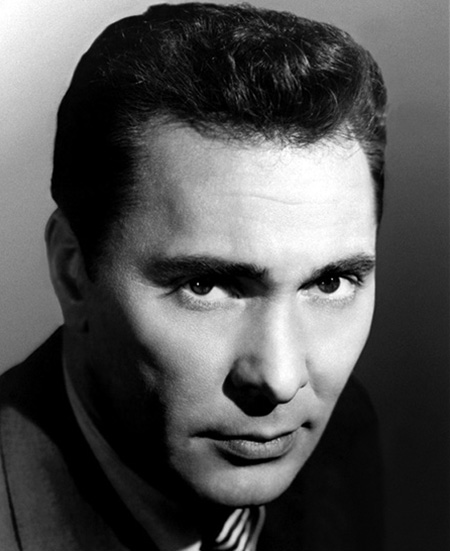 Born the seventh son of a seventh son, fate seemed to have special things planned for Barry Sullivan from the beginning. He never quite broke through as a major Hollywood Star, but eventually, he was the sort of actor who could always find work. He was not the traditional leading man, even though he was often billed above the title of the films he starred in. Nor was he the sort of character actor to be relegated to a career built on supporting roles. Sullivan was rugged and reliable, the sort of leading man who makes a leading lady look outstanding.

Sullivan was born in New York, 1912. While attending college and playing semi-pro football, he fell into acting when someone mentioned that he had enough of a stage presence to make money just by standing on the stage. With rugged good looks and standing 6'3", he had enough "presence" to stand out just about anywhere. After working in a department store and as a theater usher, he made his first Broadway appearance was in I Want a Policeman (1936) at the Lyceum Theatre, but the show closed after just 47 performances. Still, Sullivan was able to catch the attention of casting directors and quickly found work in three more shows, unfortunately, they were three more flops. He finally took over the role of Bert Jefferson in The Man Who Came To Dinner. After the show closed, Sullivan found himself saddled with three more flops during the 1941-42 Broadway season and decided to take a break from the Great White Way.

Sullivan had been making two-reel comedies for Educational Pictures in Manhattan to make ends meet between Broadway roles, and after giving up on Broadway he decided to give Hollywood a try. His first West Coast outing was an uncredited role in The Green Hornet Strikes Again (1940) before making his official debut in the B-grade High Explosive (1943). He also appeared in The Gangster (1947), The Great Gatsby (1949) with Alan Ladd, and with Kirk Douglas in The Bad and the Beautiful (1950). He starred opposite Bette Davis in Payment on Demand (1951). 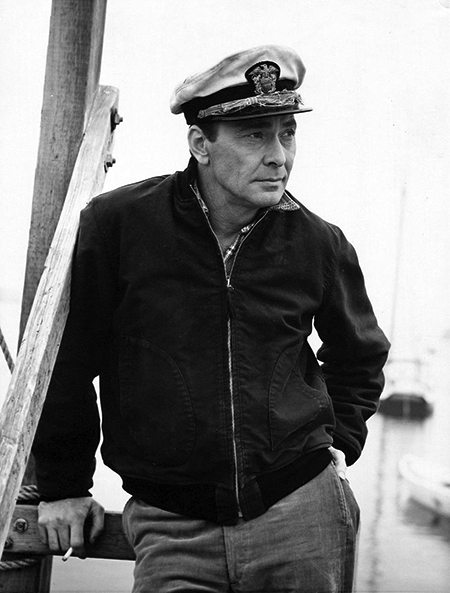 By the 1950 broadcasting season, the Simon Templar character, a.k.a. The Saint had been bouncing around through different networks with different actors for a few years. The latest and most popular version of the Holmesian thoughtful detective was on NBC played by the immortal Vincent Price. As successful as the program was, Price was less than satisfied with the role (he complained that the most difficult part of making the show was inventing new ways to get konked on the head). For two weeks in September, Price was reportedly "delayed in Paris", and Barry Sullivan stepped in for the part. After Sullivan's second appearance in the part, The Saint was officially canceled but NBC coaxed Price back onto the air for two dozen more episodes due to audience demand. Sullivan also made a number of appearances on Lux Radio Theatre in support of his films, as well as some Family Theatre performances.

TV gave Sullivan better success than movies. He starred in The Harbormaster (1957), a sea-going adventure series, and The Tall Man (1960) as Pat Garrett in a series about Billy the Kid and the lawman. He also guest starred on The Ford Show Starring Tennessee Ernie Ford, The DuPont Show with June Allyson, The Reporter, Route 66, That Girl, The Love Boat, Little House on the Prairie, and McMillan and Wife. Barry Sullivan was also tapped to star in a number of Hallmark Hall of Fame specials.

Barry Sullivan died of respiratory failure on June 6, 1994. He was 81. Two Stars on the Hollywood Walk of Fame honor Barry Sullivan: one at 1500 Vine St for his work in Television, and another at 6160 Hollywood Blvd for contributions to Motion Pictures.