He was an actor, a pioneering director, an astute political operator, a naval warrior, and a labor organizer who was also an ardent anti-Communist. 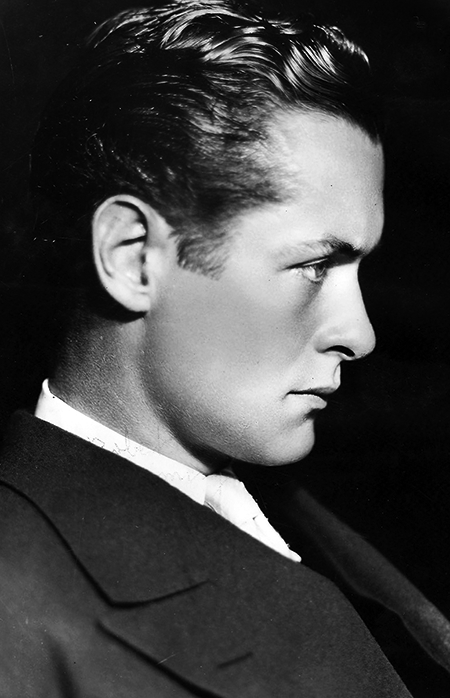 Many collection have been of great Hollywood Actors, and this one is no exception until you consider that Robert Montgomery was so much more than just a great actor. He was also a pioneering director, an astute political operator, a naval warrior, and a labor organizer who was also an ardent anti-Communist.

Montgomery was born into a life of privilege in Fishkill Landing, NY, 1904, as the son of a vice-president of the New York Rubber Company. The MGM publicity department would later inflate just how well off the family was in order to promote a wealthy playboy image. In fact, Montgomery traveled to Europe for his education in 1918 and had to return when his father jumped off the Brooklyn Bridge in 1922. Only then was it revealed that the estate was penniless. Robert worked as a mechanic’s helper in a railroad yard and as an engine room wiper on an oil tanker before settling in New York City to try his hand at writing.

None of the stories or plays he wrote at this time were published, but his plays helped him to land work as a stagehand, from which he proceeded into acting. The movie scouts did notice him at this point, only to tell him that his neck was too long for film work. In 1928, he married actress and socialite Elizabeth Allen, and in 1929, the couple decided to move out West and try their luck in Hollywood. He had worked on stage with George Cukor, and Cukor helped Montgomery land a contract with MGM where he debuted in This is College (1929).

Beginning with his first film, Robert began talking to and learning from the camera operators, the sound crew, the electricians, and the set designers, everyone who was involved in the collaborative effort of making a movie. Montgomery developed a reputation for being a talented screen presence as well as someone directors liked to work with, and he went from project to project. His popularity helped to get him elected as president of the Screen Actors Guild for the first of four terms in 1935. SAG was created in 1933 after the Producer’s Association announced their intention of cutting actors pay by 50%. At first, actors were reluctant to form a union; rather than laborers they saw themselves as artists who worked in collaboration with producers. Montgomery and many other actors felt that SAG should be more of a club than a labor union (Montgomery was one of the members who loaned the Guild money after a failed 1934 fundraiser wiped out the treasury). However, after his election as president, Montgomery worked to make SAG part of the American Federation of Labor. 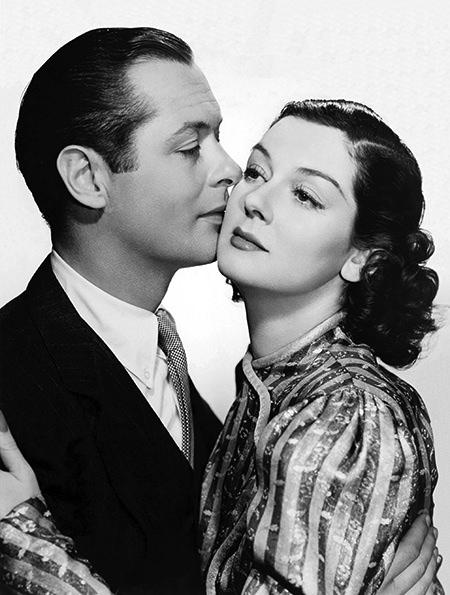 SAG boycotted the 1936 Oscars and struck for recognition in 1937. When the mob tried to extend its influence over the actor’s union, Montgomery responded by hiring a pair of former FBI agents to collect information on the mobsters, which he then turned over to the Treasury Department.

While he was struggling to get the Guild off the ground, Montgomery was working to change the direction of his own career. He realized that he would not be able to do playboy parts forever, even if the studio didn’t. He lobbied hard to play Danny, the psychopathic killer in Night Must Fall (1937). Montgomery impressed the critics who had previously seen him as an eternal pretty-boy and was nominated for Best Actor, although the Oscar went to Spencer Tracy for Captains Courageous.

When the War broke out in Europe, Montgomery went against the studio’s wishes by quietly volunteering for the American Field Service in London, and became an ambulance driver in France until the Dunkirk evacuation. When America officially entered the War, he and his friend Douglas Fairbanks Jr. joined the Navy. He worked in the Naval Attachés office in London and helped to set up the Naval operations office in the White House. In 1942, he saw action in the South Pacific at Noumea, Espiritu Santo, and Guadalcanal, and commanded a PT boat. He was the operations officer on the USS Barton (DD-722) during the Normandy Invasion.

After mustering out, Montgomery was offered top billing over John Wayne in They Were Expendable (1945). Montgomery let director John Ford know that he was especially nervous about the role, not having been in front of the camera in more than three years. Ford gave Montgomery the time he needed to prepare but rode Wayne especially hard since the Duke did not serve in uniform during the War. Ford fell from a scaffold while filming on location in Florida, and Montgomery and Wayne were in his hospital room when a studio executive called to see when he would be coming back. Ford roared into the phone "I’m not coming back… I’m staying here and getting my leg right. Then I’m going back to the Navy. Montgomery’ll finish the picture." This was the first time Montgomery heard of his directing assignment, but he managed to film some of the major combat sequences and complete the film.

He was reelected to lead SAG in 1946 but resigned in 1947 to pursue other projects, namely his first credited directorial project, Lady in the Lake (1947). The script was based on a Raymond Chandler novel, and as well as directing Montgomery played Philip Marlowe. The film was shot from a "first person" viewpoint, the audience only saw what Marlowe saw, and the only time Montgomery’s face appeared on the screen was when he was looking in a mirror. It was the first feature film to use the first person technique. 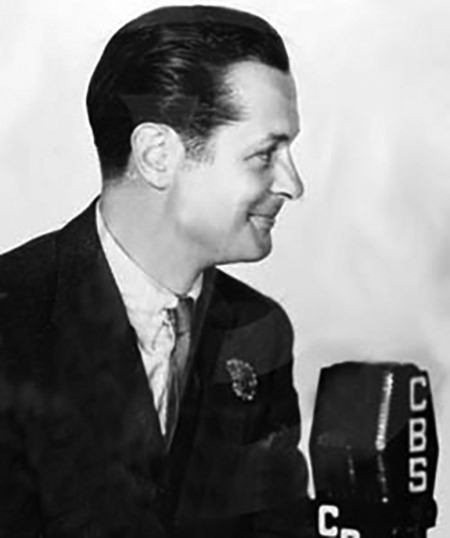 In 1947, 43 members of the movie industry were called before the House UnAmerican Activities Committee (HUAC). Montgomery was on the list, probably as a result of his work with SAG. Along with Ronald Reagan and George Murphy, Montgomery positioned himself amongst the "friendly" witnesses and helped to establish SAG’s anti-Communist stance.

Montgomery began taking a closer interest in politics after the HUAC experience, but took time in 1948 to work as a producer for "Radio’s Outstanding Theater of Thrills". During Montgomery’s time, Suspense changed from a half-hour to a full-hour format.  His tenure with Suspense was relatively short-lived as he began to take an interest in TV.

Robert Montgomery was a lifelong Republican, and during the 1952 Presidential Campaign he worked with Eisenhower to help him appear more relaxed and confident during speeches. After the election, Ike appointed him as "special consultant on TV and public communications. Despite Ike’s insistence, Vice President Nixon turned down Montgomery’s help during the 1960 election, after which Eisenhower opined that Montgomery "never would have let him look as he did in that first television debate…"

Robert Montgomery spent the Seventies in quiet retirement as a farmer in New England. His daughter Elizabeth gained fame starring in the popular TV sitcom Bewitched.

Two Stars on the Hollywood Walk of Fame are dedicated to honor Robert Montgomery, one at 6440 Hollywood Blvd for Motion Pictures and another at 1631 Vine St for Television.