The Remember program began in 1946 with film star Robert Young sitting down with a stack of records from a certain year and playing them while sharing stories from the selected year.

"The only possession a man has which is truly his own are his memories."

The stated mission of the Armed Forces Radio service was to be "The Voice of Information and Education" for our boys serving overseas, but the Service's real job was to make our soldiers, sailors, and airmen feel good, and for the most part, they did a very good job. 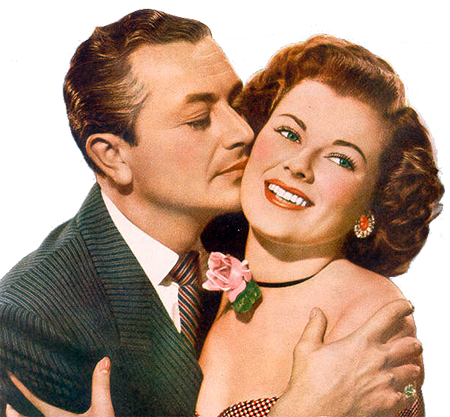 Military commanders since the time of King Leonidas and Xerxes the Great have known the importance of troop morale. The leadership style of Attila the Hun is studied in modern business schools because it was obvious to Attila that a happy soldier was more likely to not only accomplish his mission but survive it. When America became involved in what many saw as "another European War", the American people realized that there would be sacrifices to be made, but they demanded that their boys go into combat as the best equipped and best-trained soldiers in the world so that they had the best chance of coming home when it was all over.  Keeping morale high was the best way to ensure the desired outcome.

Much of the content broadcast by AFRS would have been incredibly expensive to produce if not for the fact that so many of Hollywood's biggest talents volunteered their time. However, some of the most successful AFRS programs were the simplest. The Remember program began in 1946 with then up-and-coming film star Robert Young sitting down with a stack of records from a certain year and playing them while sharing stories from the selected year.

This format would have seemed to be self-limiting because the target audience, young men mostly in their late teens and early twenties, simply did not have all that many years to remember, but to the credit of Young and the AFRS writers, the show remained fresh. The format changed after Young left. Rather than concentrating on a single year, each edition was built around a song-list sent in by a listener.