believed in the American values and noticed early on that Adolf Hitler was a problem long before America's involvement in WWII. 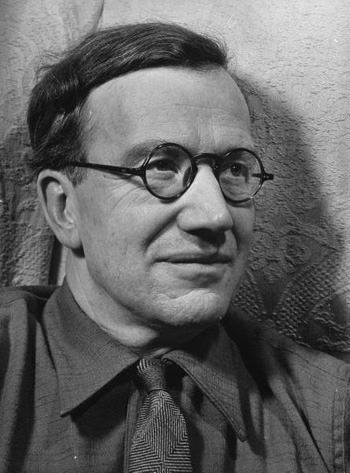 Raymond Gram Swing was an American Journalist ahead of his time.  ?Raymond Gram Swing was not a provincial man of his day as a reporter and radio news broadcaster. Swing was a man of thought and progressive behavior to a point. He still believed in the American values and noticed early on that Adolf Hitler was a problem on the way to happening. Swing was born in 1887 and led a life that early on took him into the news world as a press reporter and eventually towards radio. Let’s look at a couple of Swing’s notable radio commentaries.

In the broadcast from July 19, 1940, sponsored by White Owl Cigars, Raymond Swing spoke on the speech hitler gave Britain offering peace. Swing brought out how the German Fuehrer offered peace by threatening not to reign down on the Isles if Britain did not make peace. Hitler’s speech broke down into categories certain areas Britain would have to eradicate from its presence...such as Jews, businessmen and profiteers. Hitler used subtle,but succinct threats. Swing gave perspective on the speech and some of the possible behind the scene activities preceding the speech. Swing further says the speech was a maneuver to placate Germany in that a fight with Britain was a last result and that Winston Churchill was the real threat. Hitler’s ploy was evident and Churchill rejected the peace offer before the speech came. Swing read between the lines and shared his opine on the topic. Was he correct? 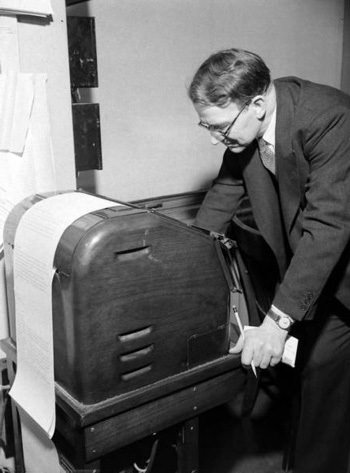 In the broadcast from May 9, 1941, The Monitor and the Merrimac, Swing brings the news about the Vichy Government in France and the work going on between Vichy and the United States versus the Vichy collaboration with Germany and Italy. The Vichy government was being pressured to end its collaboration efforts with the Nazi regime and to work with America and Britain for the betterment of France. Swing orated on the constant pressure happening and what this could mean for the French people.

The Vichy mind set was to grow closer to the Berlin and its plans. The rest will have to be listened to.

Raymond Gram Swing would go on to have contact with the infamous McCarthy investigations in Americans being accused of being Communist sympathizers. Swing had no love for what was happening and ended his participation in the investigations.

Swing, the college dropout and later honorary degree recipient, held a career that tickled the envy of many of his contemporaries. he was a man that spoke his mind and sought to see freedom of thought not be extinguished. Swing passed away in 1968, yet his work held out long afterwards.

Thsi collection includes his WWII news broadcasts from 1938-1944 and his guest appearance in the 1939 broadcast of Information Please.