The Adventures of Raffles

Listen as E. W. Hornung's gentleman thief, A. J. Raffles-London's many of mystery-solves murders and works to defeat the Nazis.

Choose your CD format
or order disks individually: Add to Cart Add to wishlist
Play a sample episode from November 04, 1942:

Neil Hamilton starred as A. J. Raffles, London's man of mystery, in The Adventures of Raffles. The show featured the adventures of the former gentleman thief along with his sidekick. 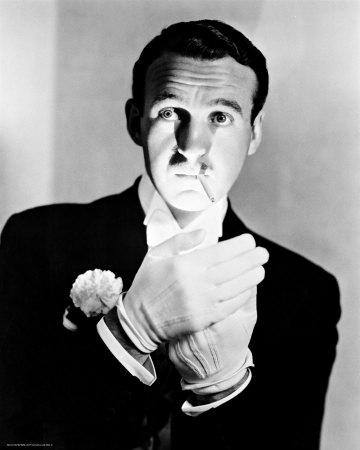 A. J. Raffles was the creation of E. W. Hornung, brother-in-law of Arthur Conan Doyle. Raffles and his sidekick seemed to be somewhat based on Doyle's Sherlock Holmes with Raffles as the Holmes-like character and the sidekick as the Dr. Watson-like character. The sidekick on the radio show varied from a character named Reggie to a woman named Doreen. In the books, the sidekick is a man, Bunny Manders.

There were two instances of Raffles on the radio. The first time Raffles appears on American radio is in 1933 or 1934 then again as a summer replacement in 1942. The shows feature mysteries with several types of plots:

Only four episodes of the show exist. In the beginning each episode was a 30 minute standalone story. Later, however, the show became a 15 minute serial.