"Puppy love" is often a term for a crush or what feels like true love to a kid without the maturity to understand romantic love. 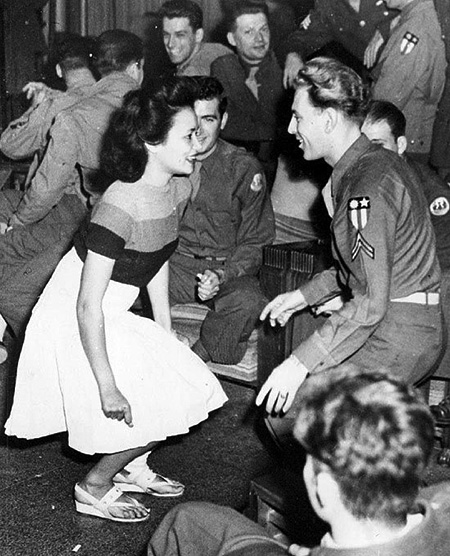 Imagine a sunny day with clear blue skies. Now, add to the picture a warm lawn of the deepest green, perhaps with just one or two dandelions. Place a bright-eyed toddler in the picture. Finally, surround the kid with a half dozen or so frisky, fuzzy, and playful puppies.

It is a scene presented in dozens of ads, but it still leaves us giggling nearly as much as the kid getting all those puppy kisses.

"Puppy love" is often a term for a crush or what feels like true love to a kid without the maturity to understand romantic love. Even though the youngster in question will likely get over their crush sooner than later, while they are in the middle of it the experience holds untellable amounts of joy, nervousness, fear, pain, and ecstasy as the syrupiest of romance novels. To be the object of an adolescent crush can be even more frightening for the adult involved as it is for the youngster who is so stirred up by the emotional freight train.

While puppy love might seem superficial and unimportant, the feelings aroused in the youngster going through it are very real and important. The mature persons who care for the kid will realize that the enchantment, as sweet as it is, will be temporary in most cases, the results will have a telling effect on every relationship they have for the rest of their lives.

In Western society, puppy love is considered a bittersweet part of growing up which just about everyone experiences. While it can be amusing for those around it, most people consider it a part of growing up and let it slide. In parts of Chinese society, there is a great deal of stigma attached to zaolian (早恋), or "early love". As the People's Republic becomes more and commercially focused, parents of junior high school and high school aged children want to protect their kids from any distractions as they are preparing for their university entrance examination. Puppy love is so discouraged that many enter university never experiencing any sort of romantic relationship.

There is no love like young love! The first time a young person falls in love it is like the world is rushing by at light speed and things are still going too slow. It is easy for a wiser and older observer to dismiss the feelings as a crush or puppy love, but for the young person going through these emotions, nothing could be as intense or real.

The overwhelming power of these emotions is what makes them so frightening, both for someone experiencing them and the one they are directed toward. The term puppy love makes the emotion easy to dismiss but it is a very good description of what seems to be going on. We cannot help but smile at the image of a kid on the receiving end of the unbridled passion of a litter of pups. We see a child rolling in the warm grass, unable to escape the enthusiastic attention and kisses from the pups.

What is so cute from puppies is not so amusing when it comes from an adolescent boy or girl especially when you are on the receiving end. The simple fact is that the youngster's body is ready for what their emotional maturity is not. Given the natural intensity in which youngsters go at anything, the situation has the potential to be every bit as tragic as it is amusing. Granted, it is a lot more amusing to be on the outside looking in than it is to be embroiled in the crush.

The good news is that while everyone has their experiences with puppy love, everyone gets over it, or nearly does. You see, there was this brown-haired girl who sat in front of me in math class…. 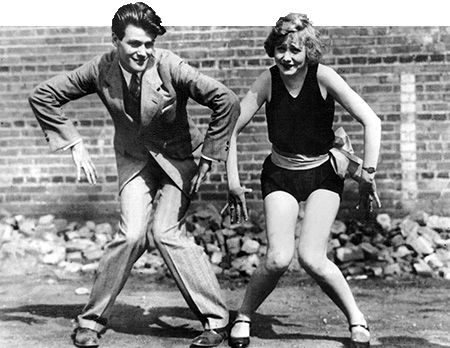 The Aldrich Family, February 25, 1943. Henry breaks a date with Kathleen to go to the movies with Homer, but Homer breaks the date with Homer. Muriel lets it slip that Homer is spending time spooning over Kathleen. When all that is not confusing enough, Miss Elliot, Henry's Latin teacher, finds a note that Henry wrote to Kathleen and calls Mrs. Aldrich to hatch a plan to let Henry down easy from the crush he has on his Latin teacher.

The Adventures of Archie Andrews, September 18, 1948, NBC. Riverdale's favorite redhead seems to be "off his feed". Mrs. Andrews thinks her boy is sick and Jughead doesn't understand, but the simple fact is that Archie is in love with Miss Biddle, the new history teacher. Betty and Veronica probably won't understand, either, but after all, they are "just kids".

The Life of Riley, January 27, 1950, NBC. The newspaper reports a rash of crimes by juvenile gangs. Riley discovers that Junior has been sneaking out at night. Could Junior be part of the gang? Or is there a pretty girl down the street?

Lux Radio Theatre, May 31, 1943, CBS, "The Major and the Minor". Fed up after a year in New York, Susan Applegate is determined to get back to Iowa, but she doesn't have enough money for a ticket, but she can afford a kid's ticket if she can pass for a twelve-year-old. She manages to get on the train and finds protection with an Army Major traveling back to the military academy where he teaches. The disguise gets a little thin when the Major's fiancé boards the train, but still convinced that "SuSu" needs his protection the Major decides to take her to the academy where her mother can pick her up. Naturally, "SuSu" begins to fall for the attractive Major!

The Phil Harris-Alice Faye Show, April 3, 1949, NBC, "The Sponsor's Daughter". Mr. Scott from the Rexall Headquarters stops by Harris's home to ask Phil's band to play at his daughter's high school dance. The poor girl has a huge crush on Phil.

X Minus One, June 5, 1955, NBC, "Pyrigi's Wonderful Dolls". There is a new doll store near the major's office at the Pentagon. The major's daughter falls in love with the doll named Toto, but when she takes it home their dog is murdered and the Major's secret papers go missing.