Just three little girls, Helen, Jane, and Patti from Macon, Georgia, who grew up singing together and they became the toast of Manhattan.

Choose your CD format
or order disks individually: Add to Cart Add to wishlist
Play a sample episode from January 12, 1936: 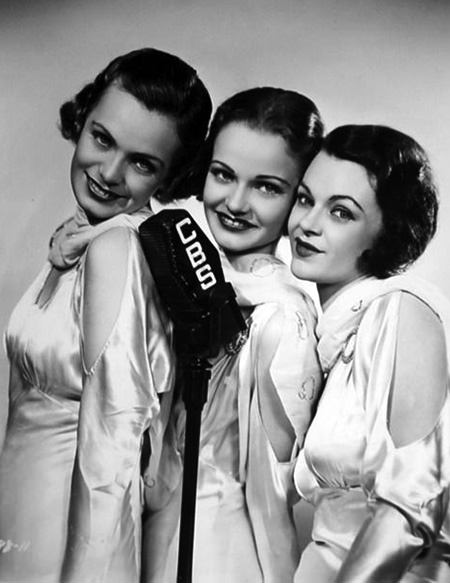 They were just three little girls from Macon, Georgia, who grew up singing together and they became the toast of Manhattan. The Pickens Sisters began singing together in the family parlor. Dad was a successful cotton broker who played the piano while Mom taught the girls to sing and harmonize. The family moved to New York City in 1932 and settled into a ‘simple’ 12 room apartment on Park Avenue. 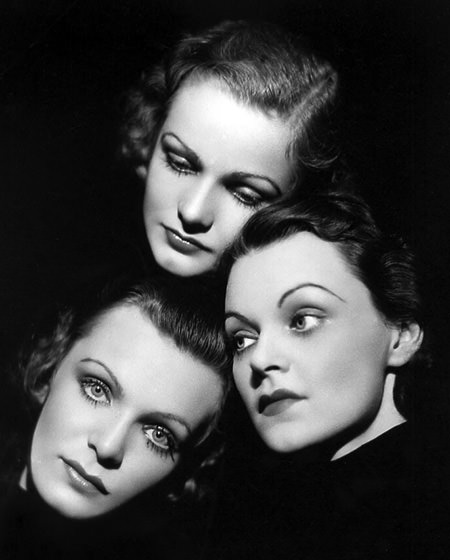 The girls, Helen, Jane, and Patti, were still teenagers when they alighted on the big city. They were pretty enough to attract attention on their own, but when word got out that NBC was looking for a girl singing trio, they made a test record. When the network heard the disk, the Pickens Sisters were hired without so much as an audition.

RCA Victor thought they had found an answer to Brunswick Records’ Boswell Sisters. The Pickens Sisters were also compared favorably to the Andrews Sisters with their tight harmonies and fun, seductive stylings. They also managed to attract plenty of attention from the opposite sex. According to an article in March 1936 issue of Radio Mirror, "How the Pickens Sisters Get Their Men", it was common in the New York night-life scene to see "the three Pickens Sisters come in with eight, no less, top hats and tails in tow. Three gorgeously gowned, glamorous Georgia girls with two and two-thirds handsome males each, getting rushed right off their custom-made sandals, while all over the place sat a lot of other luscious young feminine stars with a date apiece…"

The Pickens Sisters earned more than a million dollars during the short time they sang together professionally. They began to slow down when older sister Helen married Salvatore Curione but officially broke up after baby sister Patti eloped with radio actor Bob Simmons. Helen retired, middle sister Jane joined the Ziegfeld Follies, and Patti and Bob toured for a time as Pickens and Simmons.

Eventually, Patti and Bob bought a farm in Bucks County. They had kids and Patti continued to sing professionally. Jane built a reputation as "the one who took her music seriously". She arranged the group’s numbers when they were together, and attended the Curtis Institute in Philadelphia, the Fontainebleau in Paris, and won a fellowship to the Julliard School.