Solve the mystery along with the contestants when you listen to Murder Will Out!

Choose your CD format
or order disks individually: Add to Cart Add to wishlist
Play a sample episode from May 08, 1946:

One of the more innovative types of shows on radio in the 1930s and 1940s was the audience participation mystery shows. Some other shows in this genre include Ellery Queen, Phyl Coe Mysteries, Who-Dun-It and several others. Murder Will Out was a participation mystery written and produced out of KGO in San Francisco. The San Francisco radio stations had a reputation for creating interesting shows locally with local talent. 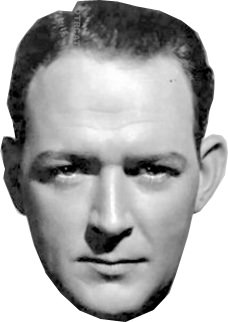 Murder Will Out premiered on KGO in 1945 written and directed by Lew Lansworth, a former local graphic artist. Before writing Murder Will Out he wrote for Who-Dun-It. The show was sponsored by Rainier Brewing Company and was set in the San Francisco area using local landmarks. The show was built around Inspector Drake, Chief of the Homicide Division and his sidekick, Detective Nolan. Edmond MacDonald starred as the Inspector for the first 39 shows then William Gargan took over. Eddie Marr, a popular local actor, starred as Detective Nolan for the full run of the show.

The show was preformed in front of a studio audience. Four audience members were selected to participate as contestants in the show. The members were presented the rules and then the mystery commenced. When the mystery was completed, the contestants had an opportunity to solve the mystery and win prizes. The contestants followed the script and took notes during the performance. They were then asked a series of questions about the show, winning a prize for each correct answer. Next, the actor that played Inspector Drake took the scripts, noting correct deductions and major clues giving awards for correct deductions. The actor then read the correct clues and the winners were announced.