His distinctive white beard was "his trademark" and he is best known for his role in The Man Who Came to Dinner.

Choose your CD format
or order disks individually: Add to Cart Add to wishlist
Play a sample episode from March 09, 1947: 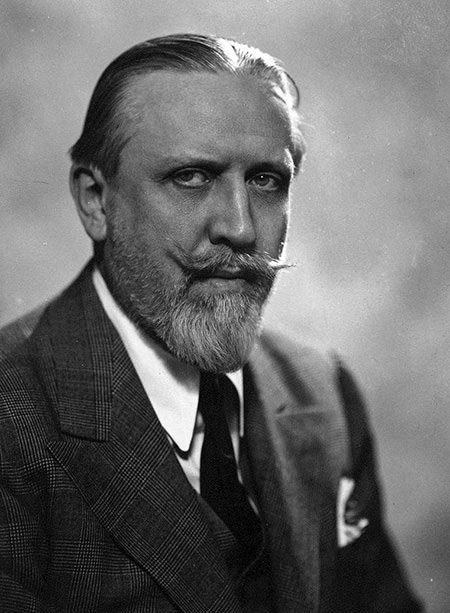 The Man Who Came to Dinner was a spoof written to make fun of a very specific person, well known American critic and commentator, Alexander Woollcott. Although Woollcott was every bit as exasperating and hard to deal with as Sheridan "Sherry" Whiteside. Woollcott loved the play because the character caught how utterly wrapped up in himself that he wouldn’t have a clue how eccentric he seemed to others, or how demanding he could be.

Woollcott liked the play so much that he was offered the opportunity to play the role himself in the premier. Of course, he was far too busy to be bothered, so the role went to Monty Woolley, who was perfect. You see, Wooley was every bit as eccentric as Sherry or Woollcott.

Edgar Montillion Woolley, born 1888 in Manhattan, grew up in the highest of social circles. His father owned the Bristol Hotel, and Monty went to both Yale and Harvard; as an undergrad at Yale, then earning master’s degrees from both Harvard and Yale, and eventually filling the post as an assistant professor at Yale. As an undergraduate, he became intimate friends with composer Cole Porter, and while he was teaching his students included Thornton Wilder and Stephen Vincent Benet.

In his teaching days, Woolley was an assistant professor of English and a drama coach. He began directing on Broadway in 1929 and began acting professionally after leaving academics in 1936. During the 1920’s, he and Porter had been part of the Broadway gay underground, and several biographies of the composer mention their exploits cruising low class brothels and waterfront bars in search of conquests. The pair must have been a hard to forget sight in such venues, both dressed in the highest fashion and Woolley with his trademark, neatly trimmed and coiffed white beard. 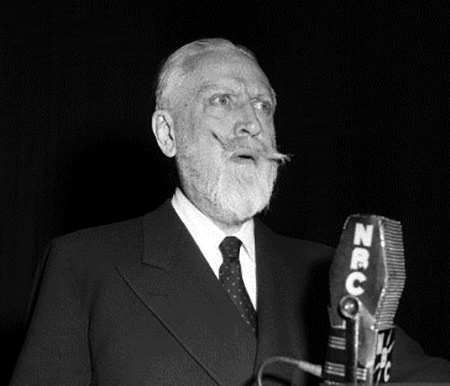 Wooley enjoyed appearing on radio as a guest performer. He was an occasional foil for Al Jolson as well as for Fred Allen. He also appeared multiple times on  Duffy’s Tavern, The Big Show, and The Chase and Sanborn Hour with Charlie McCarthy and Edgar Bergen. In 1950, he landed his own show on NBC radio as The Magnificent Montague. Montague is a former Shakespearean actor who circumstances have forced to take a role in radio as "Uncle Goodheart".

Woolley’s last film was in Kismet (1955). He returned to radio for a while until failing health forced him to retire. He passed away in 1963 from heart and kidney troubles. He was 74 years-old.

In 1943, Monty Woolley’s hand-prints and beard were impressed into the cement outside Grauman’s Chinese Theatre. A Star on the Hollywood Walk of Fame at 6542 Hollywood Blvd honors Monty Woolley’s contributions to Motion Pictures. Although the Star is listed in the Motion Picture category, it was cast with the symbol for Television. No one has bothered to change it.