A major Star in her own right, Miriam Hopkins is best remembered for her long-running feud with superstar Bette Davis.

Choose your CD format
or order disks individually: Add to Cart Add to wishlist
Play a sample episode from October 29, 1939: 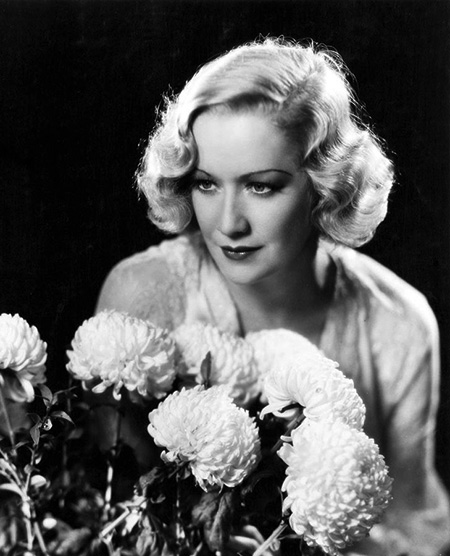 Nothing brings out a great performance like competition, and few competitions can become as bitter as a Hollywood feud between A-list stars. Gaining A-list status is something to be taken very seriously, and the actors who actually make it that far would do nothing to jeopardize whatever picture they are working on. However, even though professionals can get past their differences on the set, the competitive tension is always there, and sometimes it can bring out the best in an actor (or often the worst).

More than a few of the rivalries and feuds from Hollywood's Golden Age were actually products of overactive imaginations in the studio publicity department, but some Stars did have reasons to hold a grudge against another. The famous feud between the great Bette Davis and Miriam Hopkins was certainly inflated in the press, but the ladies actually had good reasons not to get along. Bette was notoriously difficult to get along with on and off the set, and Miriam feuded with some other Stars and was known for having "pissed off half of Hollywood".

Ellen Miriam Hopkins was born into wealth in Savannah, Georgia, 1902. Although her parents split when she was a teenager, she had access to some of the finest learning institutions in the country and attended the Goddard Seminary in Vermont and Syracuse University in New York. Like so many others, she was bitten by the showbiz bug and began performing as a chorus girl in New York before putting her energies towards more dramatic parts. While working in repertory theater, Miriam and Miss Davis first crossed paths when they were in the same company under director George Cukor. At the time, while still not a big star, Miriam was making a bigger splash than Bette. She decided to give the screen a try and signed with Paramount Pictures in 1930. Her first big success was in the horror classic Dr. Jekyll and Mr. Hyde (1931).

Miriam's star began to rise with good parts in racy pre-Code hits like The Story of Temple Drake (1933) and Design for Living (1933). She returned to Broadway to play a tempestuous Southern belle in the play Jezebel. The show was not successful, but Miriam became a part-owner of the film rights to the production. In 1938, Miriam and Bette were both thought to be in the running to play Scarlet in David O. Selznick's Gone With the Wind. By this time, Davis was the queen of Warner Bros and the fan favorite for the part (Selznick later said she was never really considered) but Miriam was a genuine Georgia native and author Margaret Mitchell's favorite. Before GWtW began shooting, Warner's began showing interest in producing Jezebel, which was a story with many similarities to Miss Mitchell's epic. Miriam agreed to sell her rights to Jezebel when she was given the impression (but not a guarantee) that she would star in the film. She was reportedly livid when the part was given to her rival Bette Davis, and cried when Bette won Best Actress for the role. 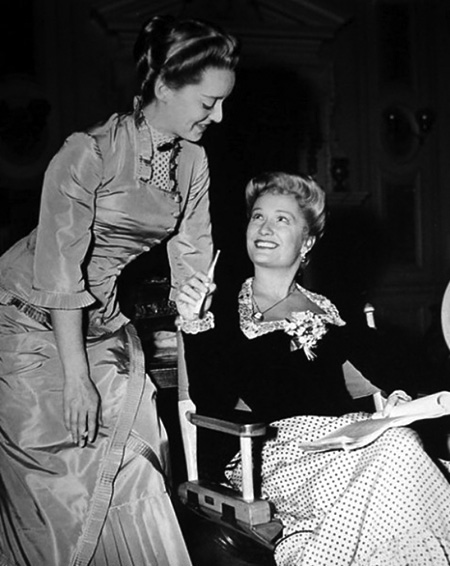 Although she was not given the role in Jezebel, Warner's did sign Miriam for a two-picture deal. Her first assignment was to co-star with Bette in The Old Maid (1939). The tension on the set between the rivals was played up by the publicity department and had promotional photos taken of the two leading ladies in costume while wearing boxing gloves. Beyond the professional rivalry, Miriam's husband at the time, director Anatole Litvak, had been at the helm of Bette's previous picture, The Sisters (1938), and Hopkins suspected that Litvak and Davis had an affair (they would have an affair while filming All This and Heaven Too in 1940, but by then Litvak and Hopkins had split).

The Old Maid did very well at the box office, and although both actresses would go on to other projects, Warner's hoped to repeat the success and cast the rivals together in Old Acquaintance (1943). This time, the tension on the set was so intense that director Edmund Goulding had a heart attack early in the production (Jack Warner joked that Golding had the attack on purpose to avoid dealing with the high-maintenance divas).

By this time, Miriam began to recognize that she was no longer going to command the great roles of her youth and moved to New York to work on the stage. When she returned to Hollywood more than half a decade later, she began appearing in character roles on television. Her last appearance was as a mother superior on The Flying Nun during the 1969 season.

On October 9, 1972, just nine days before her 70th birthday, Miriam Hopkins suffered a fatal heart attack in New York City. Two Stars on the Hollywood Walk of Fame are dedicated to honor Miriam Hopkins, one at 1709 Vine St for Motion Pictures, and the other just across the street at 1716 Vine St for Television.