Originally the product of seafarer's overactive and superstitious imaginations, mermaids are now an allegory for any time we associate a pretty girl with the water.

Choose your CD format
or order disks individually: Add to Cart Add to wishlist
Play a sample episode from December 14, 1953: 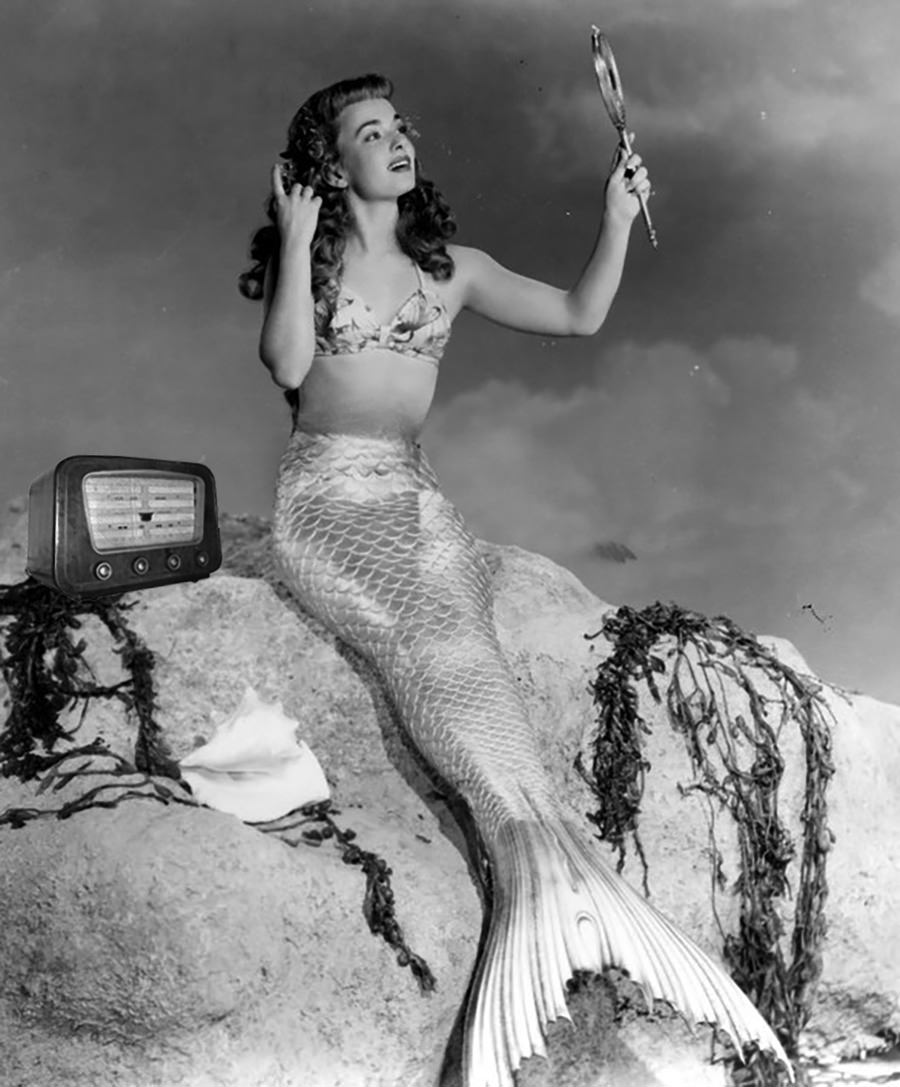 Our vision of ancient man usually centers around those wandering and gathering food across the broad savannahs of Africa, or hunting in the woodlands of ancient Europe, but a few bands of hearty souls found the living to be better on the sea shore. They gathered sustenance below the high-tide line, sometimes feasting on a fish trapped in a tide pool until one of them discovered that he could go further out on the water using a raft fashioned by lashing a few logs together. In time, they learned to fashion nets as well as hook and line systems to catch the bigger fish which lived in the deeper waters.

As the years passed, these sea people learned to create sturdier and more able vessels, allowing them longer voyages across the mysterious sea. To deal with the mysteries of the unknown ocean, these people allowed their active imaginations to create all number of superstitions. One of the most common tales among seafaring folk around the world is about a race who appear human on the top half of their bodies but their legs are replaced by the lower bodies of fish. Usually, the women of this race are incredibly beautiful, known as mermaids.

The word mermaid is a compound of the Old English words mere for the sea and maid for a young woman (most of those who worked on the sea were men, so it is perhaps natural that their interest would be in mermaids rather than mermen). In many mythological cycles, mermaids were often given powers similar to the sirens of Grecian mythology; their voices were so seductive and their beauty so attractive that they could lure normally prudent sailors into making fatal mistakes. Some Assyrian legends hold that mermaids came to be when a goddess fell in love with a mortal man, and when her love was unrequited she cast herself into a lake and took the form if a fish. One Grecian legend tells that the sister of Alexander the Great became a mermaid, and when she encountered a ship she would ask the sailors, "Is King Alexander alive?" If they responded, "He lives and reigns and conquers the world", the mermaid would calm the seas in appreciation. 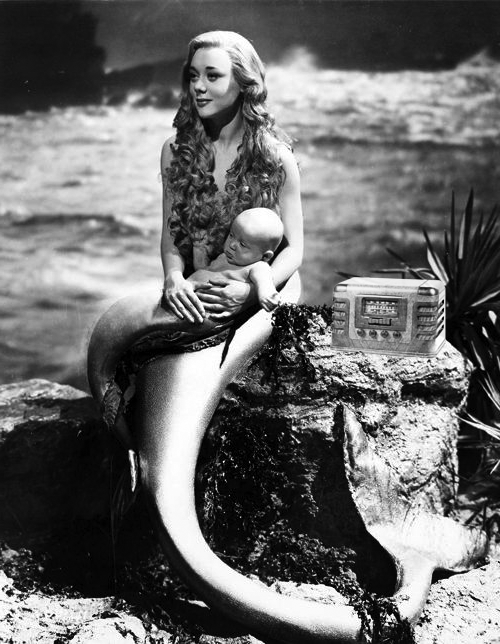 In the British Isles, the appearance of a mermaid usually foretold of disaster, often a drowning or shipwreck. One curious characteristic of these Northern mermaids was that, like salmon and some trout, they would occasionally swim upstream from the ocean and interact with inland folk. Sometimes these upstream mermaids would tempt people into drowning in lakes, but they were also known to teach people to cure certain diseases.

One of the most popular images of mermaids come from the fairy tale by Hans Christian Andersen, The Little Mermaid, which was adapted by Disney for their 1989 animated feature. In some ways, Andersen's tale is a much darker and nuanced on than the Disney adaptation. In both stories, the Little Mermaid is forbidden from learning about life in the upper world, but when she gets a chance to see the surface she falls in love with a handsome prince on a ship. She saves the prince from drowning in both versions of the story, and goes to see the sea-witch to cast a spell which will allow her to be with her prince, but the cost of receiving legs will be her beautiful singing voice.

In the original version of the story, the Little Mermaid learns that humans do not live as long as mermaids (300 years), but when they die their souls go to heaven while soulless mermaids simply turn into sea foam and cease to exist. The prince marries the princess from a neighboring kingdom whom he believes is the one who saved him from drowning (even though he is quite smitten with the legged mermaid who everyone else sees as simply a mute). On the prince's wedding night, the Little Mermaid's older sisters present her with an enchanted knife. If she uses the knife to kill the prince (and allows his blood to drip onto her feet) she will return to mermaid form and live out her life. She cannot bring herself to murder the one she loves, and casts the knife and herself into the sea. As she dies and feels her body turning into seafoam, she realizes that she has not ceased to exist, but has become a Daughter of the Air and given a soul for her good deeds, and that may eventually earn a place in the Kingdom of God.

Many scholars have criticized Andersen's artificially happy ending to the story, but it has remained a beloved fairy tale since it was first published in 1837. So much so that Carl Jacobsen, son of the founder of the Carlsberg Brewery, commissioned a bronze statue of the Little Mermaid in 1909. The unimposing statue is placed on a rock in Copenhagen harbor and has come to be regarded as a symbol of the city.