Love Letters may have gone out of fashion, but they are a terrific way to express your feelings for the one you love.

Handwritten letters of any sort seem like a thing of the past, but one of the most effective expressions of affection will always be a love letter. Writing a love letter is actually a relatively safe way to express one's feelings; if the object of your heart's desire does not return your enthusiasm, you need not be present when he or she reads your letter. This "safety feature" is partially canceled out by the fact that once your most private thoughts are written down and delivered, they can no longer be truly private. It is kind of like pressing "Send to All" in an email, it is difficult to take back. 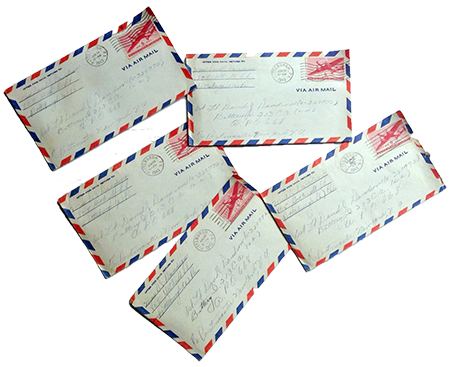 Part of the reason that love letters have gone out of fashion is the rise of instant communication. However, receiving a text message will never equal the impact of a perfumed letter from your girl back home. Some of the most important love letters were sent during the War. They were often carried by the soldiers who received them in a pocket over their hearts, read over and over again until the creases of the paper began to fray. Going not battle, what greater reminder could there be of what they were fighting for, or a better reason to get the War over so they could get back to their girls.

It is easy enough to tell the object of your affection that you love them, but there is something incredibly special about putting those thoughts into writing. There may be no real difference in the sentiment, but the act of putting pen to paper to express your feelings can stir even greater affection from your beloved.

A big part of a love letter's appeal is the effort it takes to compose the thing. The recipient usually will not care if the letter is pages long or just a few lines. The fact that they can hold something in their hands which has been handled by their lover is often enough. This is also why mail from home was such an important issue for troop morale during WWII.

A soldier could keep a letter from his girl safely tucked in a uniform pocket or even the lining of his helmet and then reread the thing whenever there might be a lull in the action. If the girl bothered to sprinkle a few drops of her perfume on the page, our hero could be transported from the foxhole to his girl's side any time he needed to be.

The very permanence of a love letter can be fuel for a future misunderstanding, however, which can drive a romantic comedy to heights of laughter. How often has the hero found a stash of sappy love letters in his girl's secret hiding place, only to have trouble ensue when he forgets that he was the purveyor of said sap? Love letters are so powerful that they can create no end of confusion if the identity of the sender or receiver is not completely clear.

The decline of actual hand-written letters, in general, has contributed to making the love letter a lost art. Love can be expressed in an email or a text message, of course, but they lack the tactile connection of hand-written words on pages that your love has personally handled. However, mashing the Delete button can save a world of trouble, but it probably will not.