Directed by Commander Charles Brendler, this program included 15 minutes of recorded music and song hoping you'd dance your way to the recruiting office and sign your name on an enlistment contract. 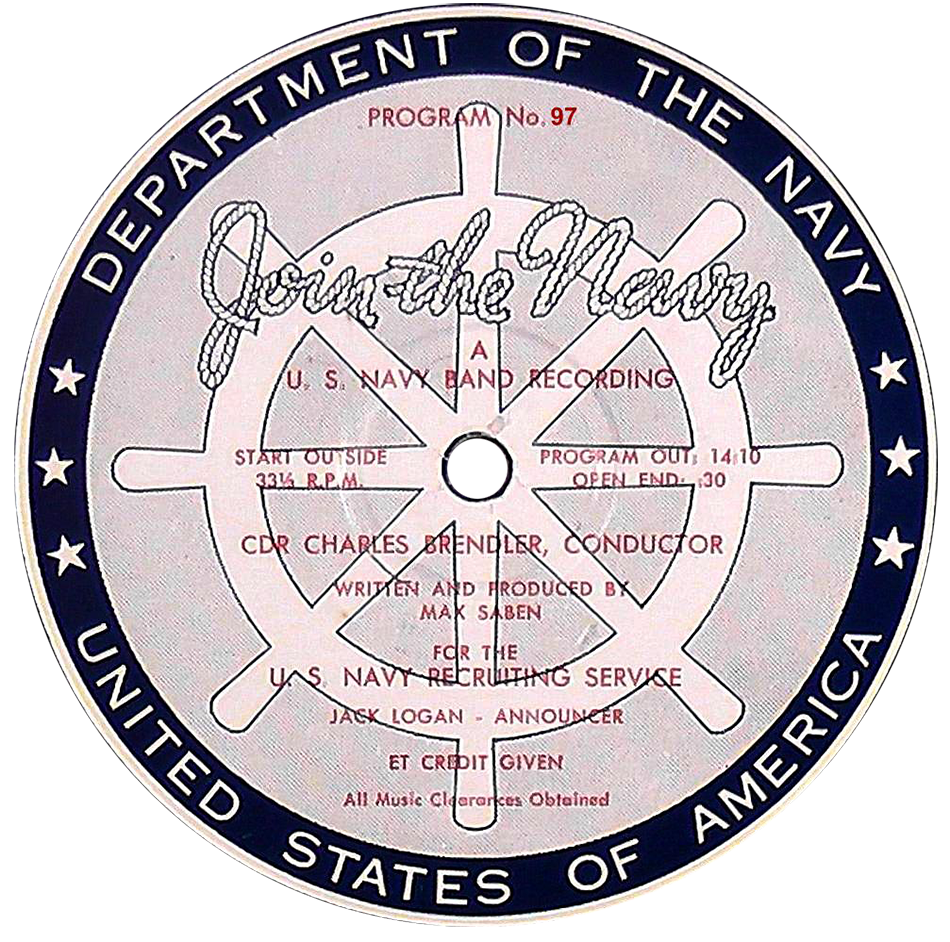 After an enthusiastic chorus of "Anchors Aweigh", the announcer for each episode of these syndications invites the listeners to "Join the Navy… for a quarter hour of recorded music and song". Of course, if your toes were tapping to the extent that you danced your way to the recruiting office and signed your name on an enlistment contract, that would be perfectly OK as well. 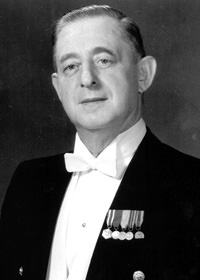 The shows feature the official United States Navy Band, headquartered at the Navy Yard in Washington, DC, directed by Cmdr Charles Brendler. Brendler was only the second commander of the Navy Band, serving in that capacity from 1942 until 1968. From the time that crews first went down to the sea in ships, captains and mates have encouraged sailors to use of sea shanties to help lighten their crew’s labors. Not only would the rhythm of the song help the crew to pull together, the music was a great boost to morale for sailors far from the comforts of home. Sailing frigates and ships of the line began recruiting drummers, trumpeters and fifers to play at ceremonies and funerals, as well as to sound calls and orders on deck.

In 1916, the band of the USS Kansas was order ashore to augment the band of the Presidential yacht Mayflower. The group was assigned quarters at the Navy Yard and were eventually designated The Washington Navy Yard Band. The Band began performing at government functions around the capitol, and was designated as The US Navy Band in 1925.

Brendler joined the Navy in 1913 by auditioning for the USS Florida band. While the battleship was anchored in New York Harbor, Brendler was the only musician to pass the physical. However, he still had to lie about his age to join, he was only 15 years old at the time. When he reenlisted in 1917, there was an opening for a clarinetist at the Navy Yard, where he would serve out the remainder of his long career.

It would be easy to dismiss musicians as not being "real sailors" since their duties are generally more political and public relations rather than operational. However, near the end of Brendler’s tenure as commander of the Navy Band, a detachment was with President Eisenhower during a tour of South America. The President was invited to a reception in Rio de Janeiro, and members of the Band were flying ahead from Buenos Aires to provide "semi classical music" for the affair. In heavy fog, their transport collided with a Brazilian airliner near Sugarloaf Mountain. 19 members of the Band were among the 61 people killed in the wreck. (Three sailors who were playing cards in the back of the aircraft did survive.)

After Cmdr Brendler retired, regulations were modified so that command of the US Navy Band would last no more than 5 years. The US Navy Band is currently under the direction of Captain Brian O. Walden. 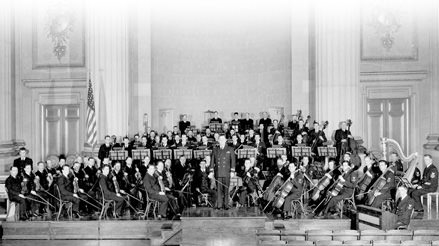