Produced by United States Steel, this program puts the writing of well-known authors in the hands of esteemed radio actors such as Fred Allen and Roger Pryor. The legendary Laurence Olivier also stars.

Choose your CD format
or order disks individually: Add to Cart Add to wishlist
Play a sample episode from July 16, 1946:

U.S. Steel Hour of Mystery is a cornucopia stuffed with all that is good about vintage radio dramas. You get the ominous strains of organ at the beginning and the solemn reminder that U.S. Steel is a part of your lives every day. The broadcast is full of high-quality adaptations of books, plays and movies by well-known authors brought to life by A-list radio greats. 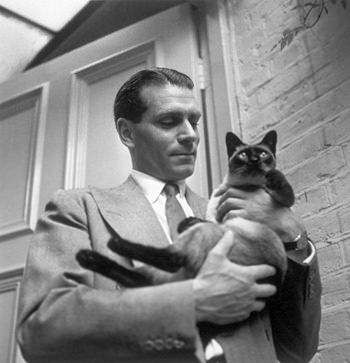 The noteworthy series ran from from June 9-Sept. 1, 1946, a Summer replacement for Theatre Guild on the Air. Its budget was reported at $12,000 and one can see where the money went. Like a chef buying fine cuts of meat and organic produce, the show's producers assembled high-quality scripts and high-quality actors.

But the list of actors may be more impressive, bearing such legends as Frank Sinatra ("Turn on the Heat," 6-23-46), Laurence Olivier ("Journey Into Fear," 6-9-46), Ralph Bellamy ("The Glass Key," 7-7-46), Roger Pryor, Fred Allen, and William Holden. The four recordings in this collection are the only known radio episodes still to be in existence.

While the series consisted of mysteries and suspense thrillers, one episode, "Rip Van Winkle," featured self-referential comedy and made it clear it was not based on the story by Washington Irving. Instead, it went through rewrites during the course of the broadcast and presented satire of both showbiz and society at large.