Choose your CD format
or order disks individually: Add to Cart Add to wishlist
Play a sample episode from July 03, 1935:

Most of the great shows were products of the networks, but the syndication houses were doing some great stuff as well. Network radio was more expensive to produce, largely because they insisted on live broadcasts for almost everything, even late-night programming. The smaller stations could not afford such extravagance, and were unwilling or unable to gain network affiliation, even if the networks would have paid any attention to a station whose market was the fine folks of Podunk Springs or the United Farmers of Sheared Sheep Gulch. 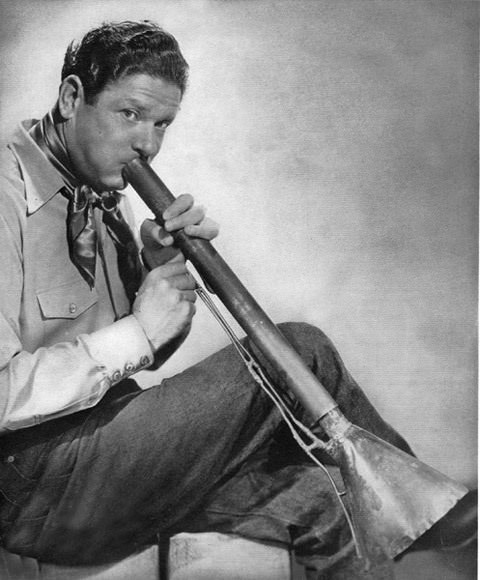 For the stations in these small-town markets, syndication was a godsend, it would have been extremely difficult for such small stations to have found enough talent to fill an entire broadcast day. With syndicated programming, the small station had access to shows that were every bit as good as what the networks were producing.

The Hollywood Spotlight from Bruce Ells is a great example. This musical variety program from 1935 is a lot like The Chesterfield Supper Club, The Camel Caravan, or any of the dozens of similar programs. It featured a variety of musical numbers during its quarter hour, as well as a few comedy bits. The featured funnyman was Robert Burns, who would have been between his stint with Paul Whiteman and Rudy Vallee in New York, and co-starring with Bing Crosby in the Hollywood version of The Kraft Music Hall. Burns even plays his famous bazooka on an episode of Hollywood Spotlight.

Another familiar voice on Spotlight was bandleader Phil Harris. Hollywood Spotlight was recorded just a few months before Harris was picked up as the musical director for The Jack Benny Program. At this point, Harris does not quite have the comedy chops that he will display so ready with Jack's gang, but listening to Spotlight, you can tell the direction he is going.

About three dozen episodes of Spotlight were recorded in all, and unlike a network program, the work was probably done in a week or two. For a network program, the writers and producers got together and decided what was going to be on that week's show, wrote it down and then the actors and musicians would get together to rehearse, they would broadcast once or twice (once for each coast), and then repeat the process a week later. In syndication, several scripts would have been prepared, and multiple episodes could have been recorded in a single session. The local broadcaster may have received all of the disks in a single package, but would have spaced them out daily or weekly to get the most mileage out of the show.