Enjoy the AFRS version of Lux Radio Theater like the troops in 1950s would have heard without commercials.

The Armed Forces Radio Service was established in the early months of America's involvement in WWII. The purpose of the service was to bring entertainment and information to American and Allied troops stationed far from home. The service later evolved into the Armed Forces Radio and Television Service, (AFRTS, 'A-Farts!') and eventually into the current service, the American Forces Network (AFN). 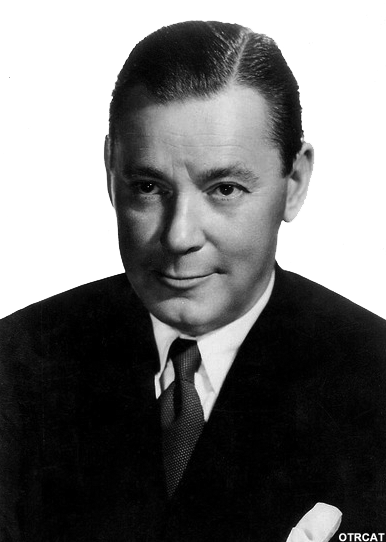 For many reasons, AFRS and its later iterations have always been strictly non-commercial. The Entertainment industry, much to its credit, has embraced this directive in their support of the service. A tradition built of big name entertainers providing their services free to the AFRS in house productions like Command Performance, GI Journal, Jubilee, and Mail Call.

The directive became problematic when recordings of regular network programing was provided to the service. Most programing belonged to the sponsors, not the networks. Some programs were rather easily 'sanitized' because the commercial references were only at the breaks in the drama. Others, like the Lux Radio Theater which had the sponsor's name in the title, were more problematic.

In the case of Lux Radio Theater, the solution was to not only remove the commercials, but to change the name of the program to Hollywood Radio Theater. The soap commercials were replaced with public service spots that would be informative and entertaining to the troops.

Lux Radio Theater featured the stories from popular Hollywood movies that were adapted for the radio. Whenever possible, the original movies stars reprised their roles for the radio (and paid $5000 for their appearance), much to the delight of the studio audiences who were there for the original broadcast.

The format of presenting movie stories on the radio has been successful for many programs, such as Academy Award Theater,Hollywood Star Time,Cresta Blanca Hollywood Players,General Electric Theater,Your Movietime Radio Theater, andSkippy Hollywood Theater. The programs gave a plug for the films themselves, but were also greatly entertaining for audiences who might not get the chance to go to the theater regularly. Of course this would have included troops in the field.

Hollywood Radio Theater was later the titled used by the precursor to the program Zero Hour, hosted by Rod Serling on the Mutual Network.