Choose your CD format
or order disks individually: Add to Cart Add to wishlist
Play a sample episode from January 02, 1948: 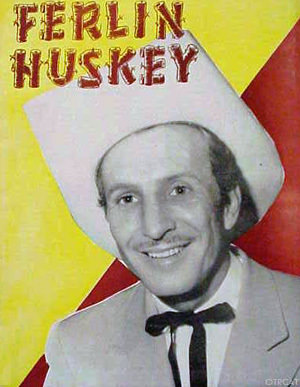 Hillbilly Revue, AFRS is a fun bit of Country Music nonsense was produced for the entertainment of our troops.

Terry Preston was the name used by Ferlin Husky in his early recording career. Husky was an early force in popular Country Music. While working on Troop Ships during his stint in the Merchant Marine during WWII Husky found himself entertaining the Troops during the long voyages. He became adept at impersonating other audiences. He would explain that he would learn the songs by listening to the recordings, and felt that he should do them as closely as possible to the original style.

Join Cactus Pete and the gang as he rounds up the hottest old time radio country music stars.