Stories about men of industry have their own appeal, and what could be more industrious than running a railroad? The Green Valley Line may not stretch from coast to coast, but the communities it serves depend upon it.

The Green Valley Line is "the story of a back-country railroad in the early years of the 20th Century". Not much is known about the people or history of the Green Valley Line old time radio show. There's a real live quality to the show, since there's misreading of dialogue, and skewed inflections, but that's a great deal of the charm with this rarely-heard local show. It has simple, direct dialogue and almost no sound effects except for the great sounds of the trains and some random railroad office sounds such as typewriters and such. 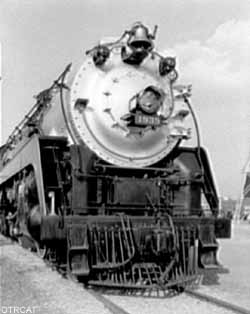 Bill Reed is the hero who is developing the growing Green, using a telegraph and telephone to keep track of train orders and runs. He's managing railroad hands, the trains themselves, managing freight shipments and unfortunately, a gang of operatives who are intent on destroying the growth of the line But his father, Jacob Reed, may be a big business man with a deceitful plan. Seems there's a family quarrel brewing here.

Kerry is Bill's Gal Friday, and together he's trying to manage the mounting problems that come roaring down the tracks on the Green Valley Line. The actress doing Kerry has a sweet, sincere dialogue delivery. Her Pop sounds like a real duffer, but he's a lot smarter than he makes out. He figures out what Bill's up to along the way.

The railroad hands seem to be mainly Irish, judging from their names and brogues. Most enjoyable about this show are the details on railroad equipment and operation that spices nearly every conversation. It's a sure thing that railroad buffs and lovers of regional history of radio will enjoy this adult serial series.