Born in 1873, he began appearing in circuses and minstrel shows as an acrobat and tightrope walker and later he worked on the stage version of The Wizard of Oz. 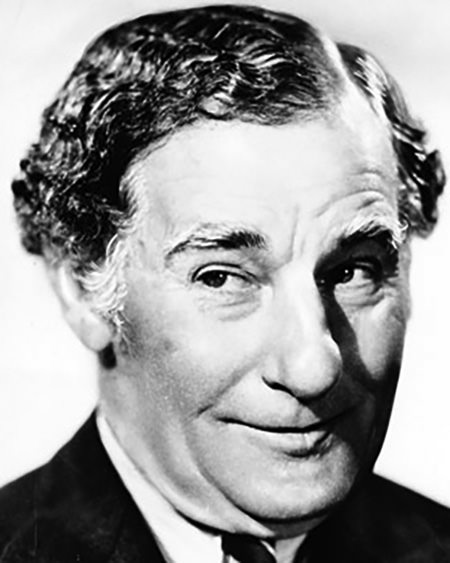 Once upon a time, a story-teller sat in his office, deep in thought, trying to come up with a name for his new children's story. As his gaze took in different elements of the room, his eyes settled on the bottom drawer of his filing cabinet. The first two drawers were marked "A-G" and "H-O". The drawer which caught the storyteller's eye was "O-Z".

By now, you probably realize that the storyteller was L. Frank Baum, and the story he was creating was The Wonderful Wizard of Oz, first published more than 115 years ago in 1900. The story is the basis of Hollywood's most beloved movies, The Wizard of Oz (1939), starring Judy Garland as Dorothy, Frank Morgan as Professor Marvel/The Wizard, and Ray Bolger as The Scarecrow. In 1956, CBS Television reintroduced the film in its broadcast premiere and made it an annual presentation for decades, leading to its status as one of the world's best-known films.

The 1939 film was adapted from Baum's children's novel, but it was hardly the first adaptation of the story. Baum collaborated on a script for a stage presentation, which was given to Fred R. Hamlin, the owner of the Chicago Grand Opera House. Hamlin's director thought that the original script was "too subdued and small scale". New song and gag writers were called in, and The Wizard of Oz became a spectacle, premiering in 1902. 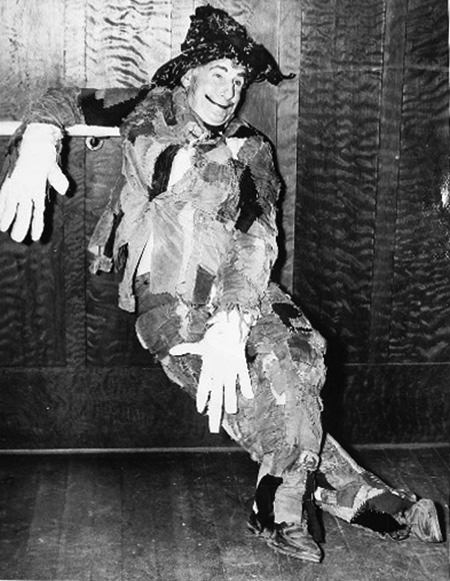 The production benefited greatly when the comedy team of Fred Stone and David C. Montgomery were hired to play the Scarecrow and the Tin Woodsman. The show was a roaring success and broke house records in most theaters it played in.

Fred Stone was born in Longmont, Colorado, 1873. He began appearing in circuses and minstrel shows as an acrobat and tightrope walker. He met David Montgomery, a dancer and contortionist while working in Denver, and the pair soon partnered to work in the surrounding mining towns. The partnership would last for 22 years.

After Montgomery's death in 1917, Fred began appearing in silent films, mostly Western Comedies. He starred in 19 feature films and was given the third lead in Alice Adams (1935) behind Katherine Hepburn and Fred MacMurray. MGM put Stone on the radio in 1939 as part of their promotion of The Wizard of Oz. Ray Bolger was said to be an admirer of Stone's work, although he would have been too young to have seen him play the Scarecrow on stage.

Stone married Alene Crater, whom he met in the Wizard of Oz company, and had three daughters. When Alene died in 1957, Stone was hospitalized for blindness and heart trouble. He passed away on March 6, 1959, at his home in North Hollywood. A Star on the Hollywood Walk of Fame at 1678 Vine St was placed honoring Fred Stone's contributions to Motion Pictures.