One of the greatest architects of all time, he got his start in architecture after the great Chicago fire in 1871.

Choose your CD format
or order disks individually: Add to Cart Add to wishlist
Play a sample episode from August 07, 1956: 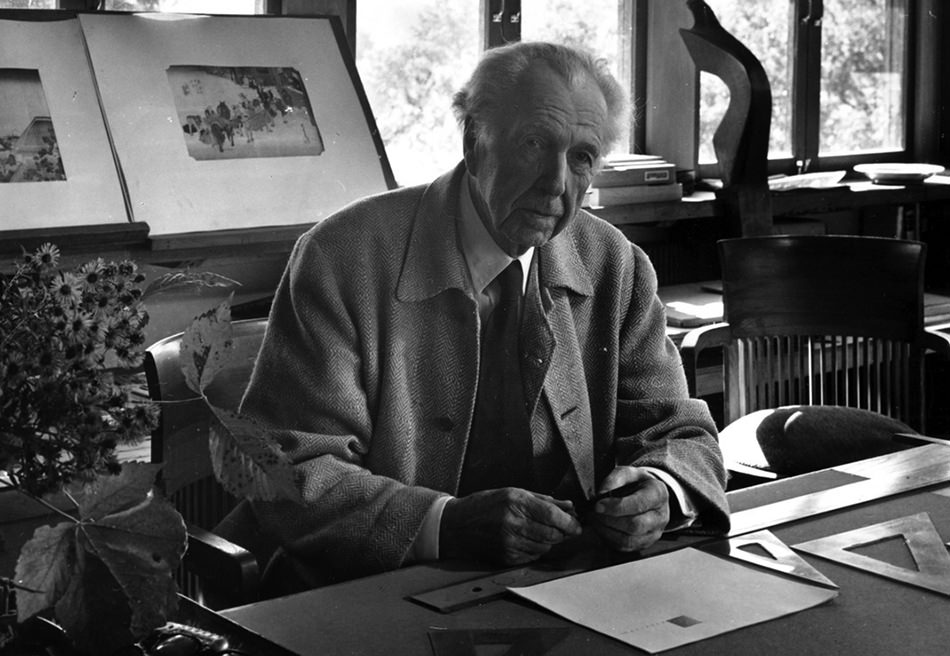 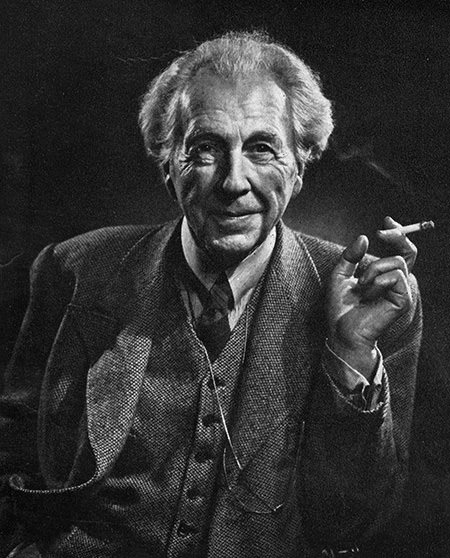 The works of Frank Lloyd Wright are a demonstration of genius. Since ancient times, the architect’s work has been required to meet three principles: it had to have durability to last the ages; it had to have utility to fulfil the purpose for which it was built and used; and it had to have beauty in an aesthetic sense. Wright was always willing to explore ways to expand the first principle, but some would say that the second was sometimes eclipsed by his sense of the third. Others would argue that Wright’s sense of beauty in a structure enhanced its utility.

William Carey Wright was a respected orator, music teacher, occasional lawyer and minister who wooed and married a county school teacher, Anna Lloyd Jones. Anna declared while she was carrying Frank that her child would grow up to build beautiful buildings and decorated his nursery with pictures of European cathedrals.

Frank’s parents were both strong individualists with their own ideas, a trait that Frank inherited. Their marriage was not a happy one and Anna was dissatisfied with her husband’s inability to provide financially for his family. They separated when Frank was 14, and as the eldest male in the household, he assumed responsibility for the family’s needs.

Although his education was interrupted, (Wright left high school and the University of Wisconsin without earning a diploma) he absorbed enough engineering background to move to Chicago to seek work as an architect. This was in the aftermath of the Great Fire and a time when Chicago was experiencing terrific growth, and anyone who could handle a pencil and a T-square could find work as a draftsman.

Apprenticing with some of the most prestigious firms in the city, Wright learned a great deal while developing a style of his own. His personal expensive tastes and his growing family meant that he was constantly behind financially, and he was eventually fired for doing "boot-leg" designs (designs outside of the firm’s client list). There was still enough demand for his work that he was able to open his own office. 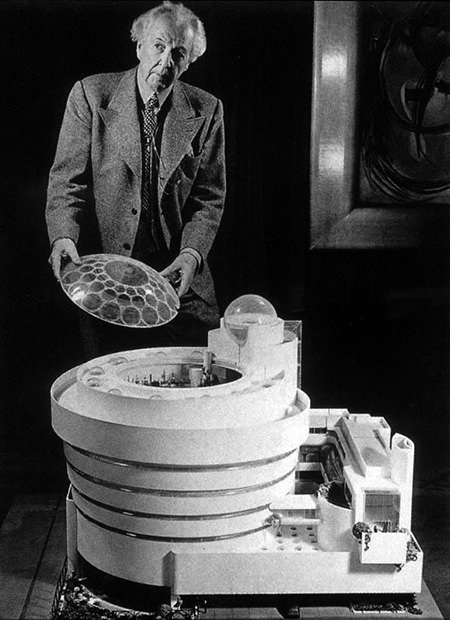 Most of his early work was designing single family homes for Chicago’s well to do, and many of these homes from the dawn of the Twentieth century still stand and are considered masterpieces. The editors of the Ladies’ Home Journal commissioned an article, "A Home in a Prairie Town", which delineated Wright’s Prairie Style homes philosophy, homes which fit in Chicago’s midwest environment.

Wright developed a reputation as "a man about town" and was known for carrying on with the wives of his clients and essentially abandoning his own family. He purchased land in 1911 for what would become the Taliesin compound after scandal drove him away from Oak Park, Illinois. In 1914, Taliesin was the scene of a grisly murder when a servant set fire to the living quarters then used an ax to kill Wright’s lover, her children and other employees of the compound (Wright was away, working in Chicago, when the seven people were killed).

During the Twenties, Wright began designing homes for the West Coast elite in Los Angeles. These buildings were generally loved by their owners, but sometimes called eyesores by neighbors. Many of these buildings are still standing, although some are undergoing renovation, in some cases as a result of the 1994 Northridge earthquake. The Arch Oboler Gate House and Studio in the mountains above Malibu is a Frank Lloyd Wright design.

The recordings in this collection were made in the mid to late 1950’s, just a few years before Wright’s death. Although many of his designs were still considered either ahead of their time or simply eyesores, Wright continued to work until the time of his death in April, 1959. He was 91.